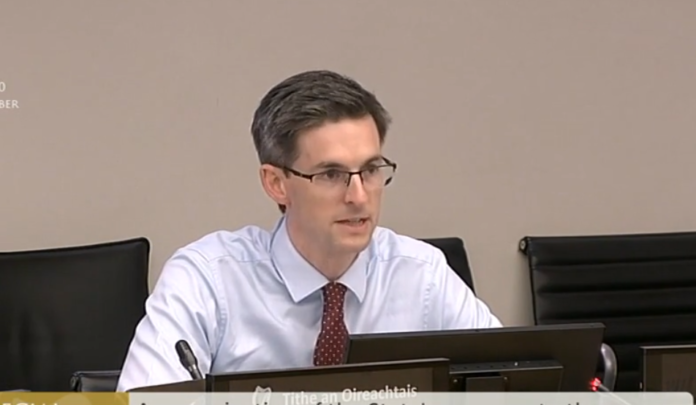 Calls have been made for Galway native and Deputy Chief Medical Officer Ronan Glynn to be given a Mayoral reception from the incoming Mayor for his work during the COVID-19 pandemic.

Councillor Alan Cheevers said that it should be recognised that one of Galway’s own showed “real leadership on the national stage” during a difficult time.

Dr Ronan Glynn, who comes from Lydican, Oranmore has been the Deputy Chief Medical Officer at the Department of Health since 2018.

Last year he came into the national spotlight in July of last year when he took over the duties of his boss Dr Tony Holohan.

This was as a result of Dr Holohan taking time off when his wife went into palliative care.

Dr Holohan, for his part, received the Freedom of Dublin City award this week in a private ceremont.

Councillor Cheevers said that holding a Mayoral reception for Dr Glynn is not just about his efforts, “But the great work our health workers in Galway City and County did during the pandemic, and continue to do.”

“It’s time these health workers were also recognized, and when it’s safe so do so we need have a celebration for them to thank them for their tireless effort during the pandemic.”