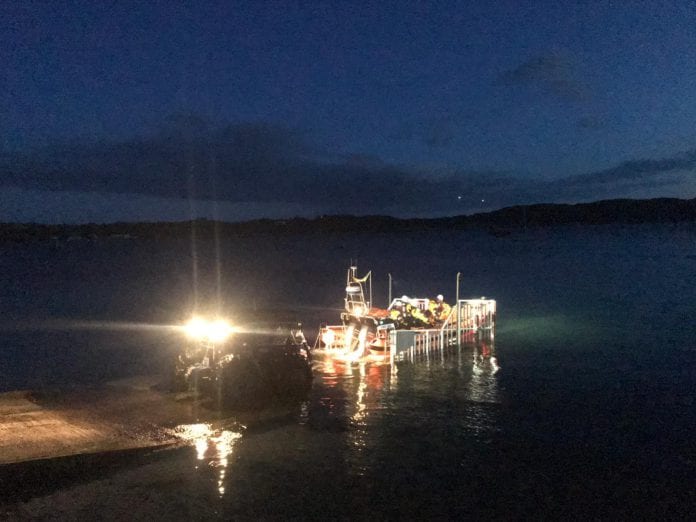 Three jet skiers who got stranded on Monday night when they broke down were rescued the Clifden RNLI lifeboat.

The Atlantic 85 inshore lifeboat launched at 9:12pm on Monday night from Clifden RNLI station in response to reports of two broken down jet skis between Inishbofin and Cleggan.

On arrival at the scene, they found that one jet ski had broken down and when the other one had attempted to tow it, the rope had become tangled in the second jet ski’s impeller, leaving both stranded.

With darkness falling, the friends alerted the Coast Guard by mobile phone and once the lifeboat arrived on scene they towed them both safely back to Derryinver Pier.

Clifden RNLI Community Safety Officer Miryam Harris said that this launch shows “the importance of carrying a means of contacting the rescue services in case of emergencies; in this case a mobile phone.”

“With a busy summer ahead it is worth reminding all water users to wear a personal flotation device, check their equipment, always carry a means of calling for help on your person in a waterproof cover and let someone know when you expect to return”.