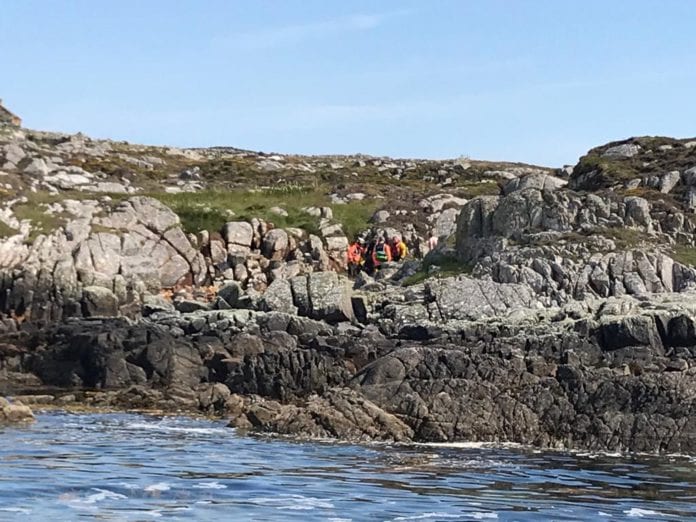 Two Clifden lifeboat crews rescued a man in danger of drowning yesterday after he injured himself and became trapped by the rising tide.

The lifeboat crews were dispatched to a couple who were out walking at Slackport, a remote place on Slyne Head close to Ballyconneely, when the man fell on the shoreline, trapping his leg badly in some rocks.

He was trapped on the high water mark and unable to free himself and the rising spring tide gave cause for alarm as it was possible that it could have reached his location.

The couple quickly called for help and Clifden RNLI’s Atlantic 85 inshore lifeboat was launched with Joe Acton at the helm, followed by the Mersey class all-weather lifeboat under the command of Coxswain James Mullen.

The Atlantic 85 was first on the scene and crew member Alan Pryce went ashore to assess the situation and administer first aid.

Members of Cleggan Coast Guard Unit and the winch man from the Irish Coast Guard’s Sligo based Rescue 118 helicopter then arrived on scene.

With their help the rescue crews were able to safely manoeuvre the man into a position where he could be freed.

Once freed and thoroughly examined, his injuries were found to be minor and Rescue 118 airlifted him back to safety.

Clifden RNLI Lifeboat Operations Manager John Brittain said: ‘This was an urgent and serious call out and the crew located and assisted the casualty very quickly.”

“It has been a very busy week for our station with the arrival of our new Shannon class lifeboat yesterday and the crew once again demonstrated that they are always there to respond when needed, working closely and effectively with our Coast Guard colleagues”.