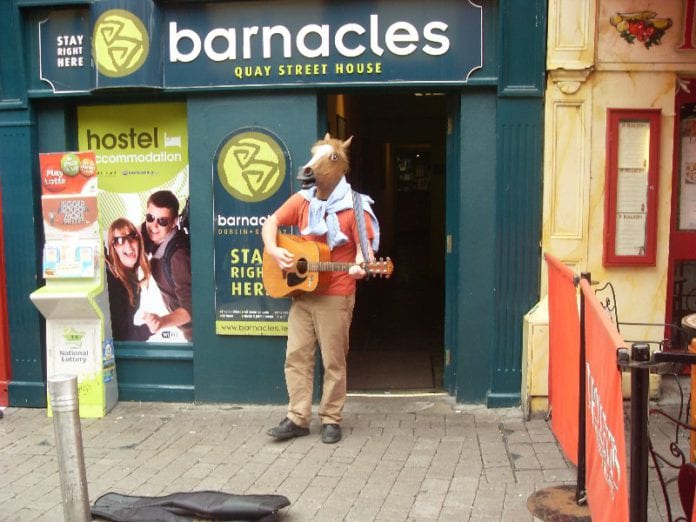 Barnacles hostel in Galway city has changed hands for more than €4 million in a double sale with another hostel in Dublin.

Property developer John Lally from the MHL Hotel Collection has sold Barnacles Hostels in Galway and Temple Bar in Dublin for a combined value of over €12 million.

The two hostels went for roughly €1 million over the guide price they were set at.

Barnacles in Galway went on sale in June along with the neighbouring Number 10 newsagents and Italian restaurant Trattoria restaurant with an asking price of €4.7 million for the three.

Barnacles on its own was advertised for €3.4 million for the 112 bed, four-storey hostel in the heart of the city.

According to the Irish Times the hostel on Kirwan’s Lane has been bought by Mm Capital, a real-estate investment and development company, and will continue to operate after being rebranded as a Snoozles Hostel.

This will be the second Snoozles hostel in Galway city to go with one already on Forster street. The company also owns Nox Hotel on the Headford road.

Barnacles is an attractive hostel option for people making short visits to Galway due to its location right in the heart of the city’s Latin Quarter.

It’s barely two minutes walk from the Spanish Arch and other cultural attractions, and has Galway’s famed street music scene right outside the door

The 117 bed Barnacles in Temple Bar sold for more than €8 million, well over the initial asking price of €6.5 million.

The sale of both hostels was handled by property consultants CBRE, with Director John Hughes saying the sale was helped by their ideal positions in the heart of both cities.