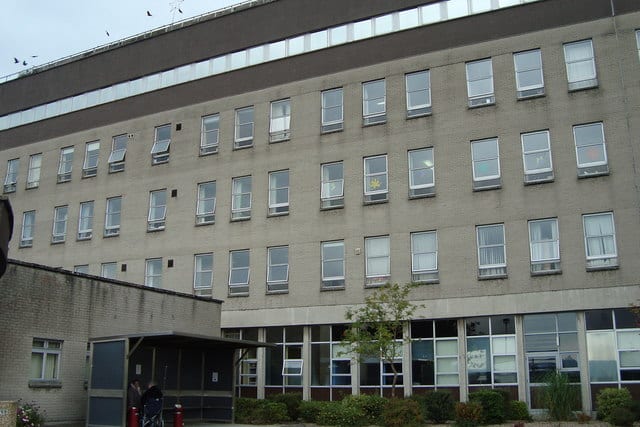 THE SISTERS of Miriam O’Brien – who was diagnosed with stage two cancer in Belfast just nine months after getting the all-clear in the Republic – are taking legal action against the HSE and labs used by CervicalCheck, through Galway-born Pat McMyler of P.A Dorrian & Co. Solicitors.

Her sisters, Susan O’Brien and Danielle Miley, with with Ms O’Brien’s daughter, Rachael (19), are taking legal action which was originally initiated by Ms O’Brien herself.

Ms O’Brien initiated the process when she was told by doctors in Belfast of the failures made by the HSE.

In June 2011, Ms O’Brien went for a smear test but nothing was flagged.

Nine months later, in March 2012, she changed over to the Northern system as she was a cross-border worker in the North.

She registered with a GP in Derry and within one month, she was diagnosed with stage 2B Cervical Cancer.

“She presented with symptoms. She felt she had done everything right, she had gone through all of her tests, so she didn’t think there was a need for concern,” said Ms O’Brien’s sister Danielle, speaking to Greg Hughes on Highland Radio.

When she was then diagnosed in the North after presenting with symptoms she was told it was treatable, but as it developed, it wasn’t.

Danielle added: “She felt she was wronged and she initiated all of this process herself.”

Pat McMyler explained on Highland Radio that P.A. Dorrian & Co. Solicitors are pursuing the HSE in an attempt to bring the cervical cancer cases forward as quickly as possible.

He said that this case revolves around the death of Ms O’Brien which occurred because of the negligence of the HSE through Letterkenny University Hospital.

“This case differs from other cases and substantially differs from the Vicky Phelan case because we are alleging that Letterkenny Hospital failed to diagnose, independently of the labs in America.

“Miriam said herself that she did everything right. So when she initially had the smears, they came up as, if you like, questionable.

“The smears indicated that she had to be watched and monitored, so she attended diligently at six month intervals  and her smears were taken and sent away to be analysed.

“In fairness to her GPs and in fairness to her, she was very diligent about that and attended and the usual problems arose then in the failure to diagnose in the labs in America.

“A biopsy was taken from Miriam and the biopsy, to put it in simple terms, was insufficient and it was under-reported.

“And basically the case being made is had any of these procedures been properly dealt with or competently dealt with, her life would have been saved. It’s as simple as that,” Mr McMyler said.

Mr McMyler visited Miriam O’Brien before she died, as he knows the O’Brien family well.

“I went to see Miriam and at that stage she knew she was dying, it was a terribly humbling and difficult experience for both of us, and she had a young daughter from whom she was keeping all of this, and she knew that she was dying because there was a failure to diagnose.

“She was heavily bleeding and in difficulty, and she took advantage of the fact that she was a cross-border worker, and eventually she was referred to Altnagalvin Hospital and effectively, at first inspection, she they discovered that she was heavily cancered.”

Mr McMyler said that the fact that there was an opportunity beyond the screening programme to diagnose Miriam ought to be of concern to a lot of people, including the public representatives who are ‘so up in arms about all of this’.

“We have issued High Court proceedings based on an expert report.

“We have a reputation for bringing cases successfully, we don’t bring spurious cases.

“And it is disturbing that there has been very little response to the provable allegation that Miriam should be alive if Letterkenny Hospital had done their job.”

McMyler stressed that this case is distinct from the others in that insufficient material was taken from Miriam and there was a failure in the lab and in the diagnostics within the HSE at Letterkenny University Hospital.

“One would think that that would trigger a reaction in the State Claims Agency, in the HSE, in the hospital, and it seems that there’s no reaction, and it seems to me anyway that the political masters are deflecting attention to America, blaming everything on the labs – and they’re still making the case that the HSE can’t settle the cases because the labs are to blame,” he added.

Mr McMyler also criticised the shocking length of time that it takes for cases such as this to be resolved and said that it was important that Miraim O’Brien’s story was told.

If you or someone you know have been affected by a similar misdiagnosis at Galway hospitals, contact P.A Dorrian & Co. Solicitors.