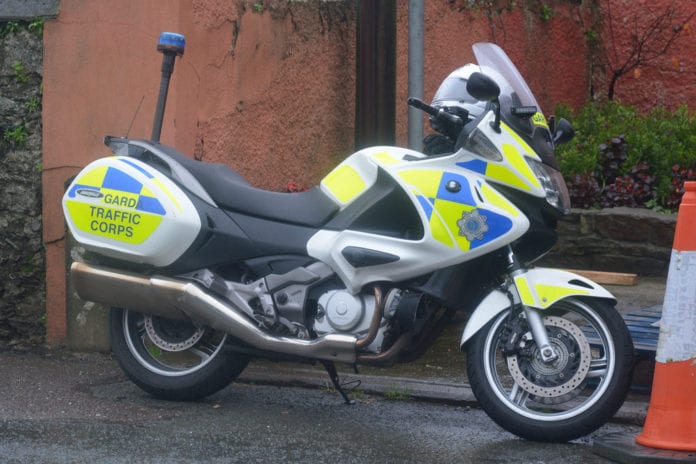 A Dublin man appeared before Galway District Court for causing a collision with a garda  motorbike on the Tuam road.

Dylan Hanley (23), from Kiltipper Drive in Tallaght was charged with Careless Driving for causing the accident with the officer in January.

The court heard that on January 30, Hanley was in Galway driving on the Tuam road when he tried to turn into Applegreens through the exit only juncture.

He failed to notice the garda motorbike, which was overtaking at the time, colliding with the officer.

Solicitor for the defence said it was an accident plain and simple, “He looked in the mirror. He was in traffic and didn’t see the garda motorcycle.”

The officer, who is still on sick leave, was taken to UHG. He reported pain in his hip, leg, and lower back.

Judge Mary Fahy commented that, “Obviously the garda, being on a motorcycle, was more vulnerable to injury.”

Hanley, who is an apprentice fisher from Dublin, was driving his employer’s car at the time of the accident.

His boss, who was in the car with him at the time, gave a strong character reference for Hanley to the court.

The was no question about Hanley’s eligibility to drive, as he was fully insured with an up to date licence at the time of the accident.

Hanley pleaded guilty to the charge of careless driving and was fined €300 with six months to pay.