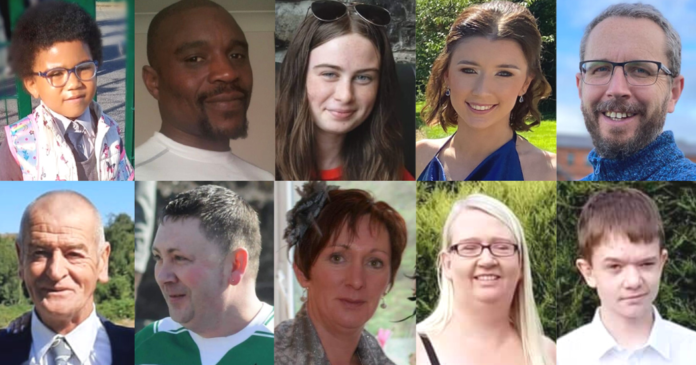 A candlelight vigil will be held at Eyre Square in Galway city tomorrow, Tuesday at 7pm in memory of those who tragically lost their lives in Creeslough on Friday.

Dozens of vigils took place across Donegal over the weekend in memory of the victims of the tragedy, and vigils were held as far away as Australia.

Ten people died in an explosion at the only shop in Creeslough after 3pm on Friday afternoon, and one man remains in a critical condition in St. James’s Hospital in Dublin.

The local community is now preparing for the funerals of those who tragically died in what will be a difficult week for those in the village and the wider community.

Shauna Flanagan Garwe, who was only five years old, was the youngest of the ten victims. Her mother Áine lost her partner and only child in the tragic incident.

The body 24-year-old Jessica Gallagher, a young fashion designer, was the first to return to Creeslough last night.

She was visiting her boyfriend in the village when the tragedy happened, and was getting ready to start a new job in Belfast this week.

Jessica will be buried in Creeslough tomorrow, Tuesday.

Pope Francis expressed his condolences on Sunday to all those suffering following the explosion.

In a message to the Bishop of Raphoe, he said he was saddened to learn of the loss of life and the destruction caused by the explosion on Friday.

“His Holiness Pope Francis was saddened to learn of the loss of life and destruction caused by the explosion in Creeslough and he expresses his spiritual closeness to all those suffering in the aftermath of this tragedy,” a statement from the Vatican read.

“While entrusting the deceased to the merciful love of almighty god, His Holiness implores the divine blessings of consolation and healing upon the injured, the displaced and the families coping with pain of loss.

“As a pledge of strength and peace in the Lord, the Holy Father sends his blessing to all the people of Ireland.”