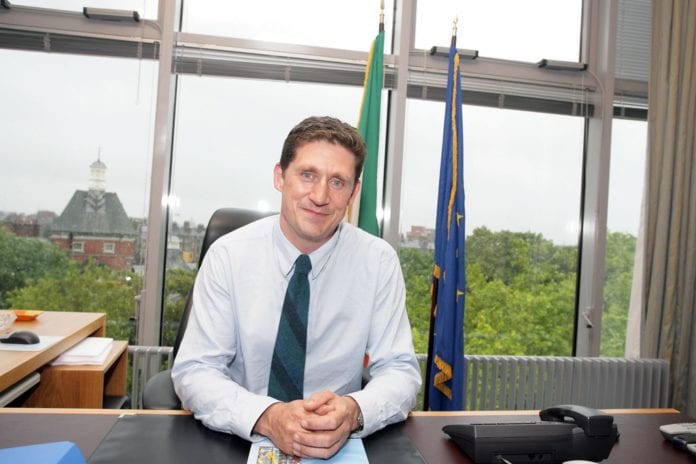 People Before Profit Galway have urged Ministers Eamon Ryan and Hildegarde Naughton to demand that Knocknacarra’s bus service is reinstated.

They wrote to the Minister and Minister of State for Transport as well as the National Transport Authority calling them to take action to ensure people in the area have public transport.

Knocknacarra has been left without public transport since private operator City Direct suspended their 410, 411, 412 and 414 routes five months ago.

The routes also served Barna and Salthill and there are approximately 20,000 people in the area left without public transport.

People Before Profit Galway spokesperson Adrian Curran said that City Direct suspended the routes “presumably because it was not sufficiently profitable for them” to run them with social distancing measures in place.

He says that this shows the problem of our public services being privatised.

“Public transport is an essential public service and running it solely with the intent to profit doesn’t work,” he said.

“It should be a state-run public service, not reliant on private operators. These routes should be re-nationalised and reinstated immediately.”

Adrian Curran said that limiting public transport leads to an increase in traffic and a rise in emissions.

“That means increasing public transport,” he said. “To do this we cannot rely on private operators.

“We need massive state investment in public transport to expand it to connect all areas, reduce reliance on cars and reduce emissions.

“As a Green Party minister we would expect Éamon Ryan to appreciate the importance of this. With a local TD as a Minister of State in the Department we would also expect swift action on this.”

The party also wants to see the a move towards free public transport across the country.

They say that it has been shown in other cities around Europe that making public transport free for all users is a vital step in reducing traffic and emissions.

People Before Profit are also backing a petition in support of the service being brought back into operation started by a local resident.