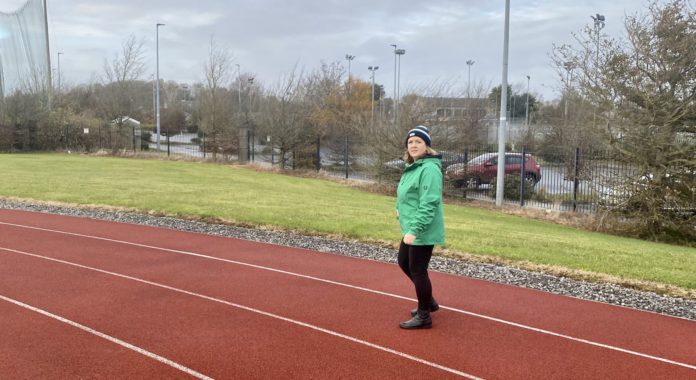 Galway County Councillor Evelyn Parsons has called for the running track in Dunlo, Ballinasloe to have its opening hours extended, following the murder of Ashling Murphy.

Cllr Parsons called on the Council to allow the track to remain open from 7am to 9pm and for it to open on Sundays and Bank Holidays.

She said that the track’s hours of operation are too restrictive and do not cater adequately to meet the needs of the running and walking community.

“I have been approached by girls and women in my community of Ballinasloe who no longer feel safe jogging alone on trails or roads before or after work/ school as was their practice,” she said.

“The track is an excellent facility, well-used, well-lit, passively surveilled and with the possibility of CCTV security if the corporate will is there to take meaningful measures to combat heightened fears regarding Violence Against Women.”

Cllr Parsons said that in the interests of female safety and indeed for all users, she has written to Galway County Council strongly urging them to facilitate these extended hours.