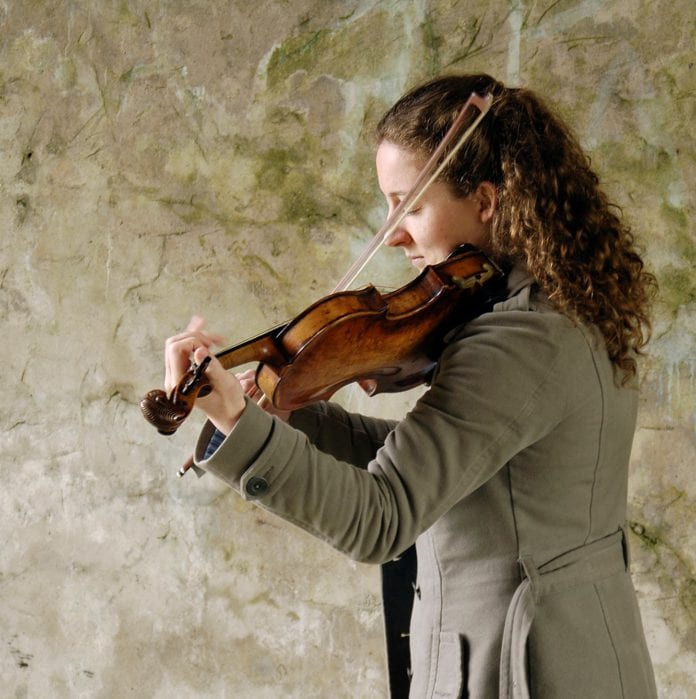 The Banshee and The Tiger, which NUI Galway research fellow Dr Deirdre Ní Chonghaile contributed some of her original research to, has been awarded Bronze in the The New York Festivals International Radio Awards 2018’s Music Category.

The Banshee and The Tiger was broadcast in January 2018 on RTÉ Lyric FM as part of The Lyric Feature series of music-related documentaries.

The programme considers the life and work of ground-breaking American composer Henry Cowell (1897-1965), focusing on his connections with Ireland and his compositions which were influenced by his Irish heritage and by Irish music and folklore.

The documentary is presented by US pianist Guy Livingston, who has performed Cowell’s work internationally and has previously broadcast about Cowell on Australian and Dutch radio, and is jointly produced by Guy and Irish producer Claire Cunningham of Rockfinch Productions, with the support of the Broadcasting Authority of Ireland.

Dr Ní Chonghaile is a Postdoctoral Research Fellow in Irish/Celtic Studies with the Moore Institute at NUI Galway, working on the archival collections of Reverand Daniel J. Murphy and Professor Tomás Ó Máille.

In the documentary, she speaks about another element of her research: the work of Henry Cowell and his wife, the American ethnomusicologist and music collector Sidney Robertson Cowell (1903-1995).

Dr Ní Chonghaile also helped the programme makers to access rare recordings of Aran Islanders made in 1934 and 1955 now held in the New York Public Library and in the American Folklife Center at the Library of Congress, which feature in the documentary along with many recordings of Cowell’s avant-garde compositions.

This is not the first time that NUI Galway has featured at the New York Festivals Radio Awards. In 2014, PhD candidate in Irish Studies Thérèse McIntyre scooped gold in the Educational category for herHerosongs, an eight part documentary series made with Athena Media for RTÉ Radio One.