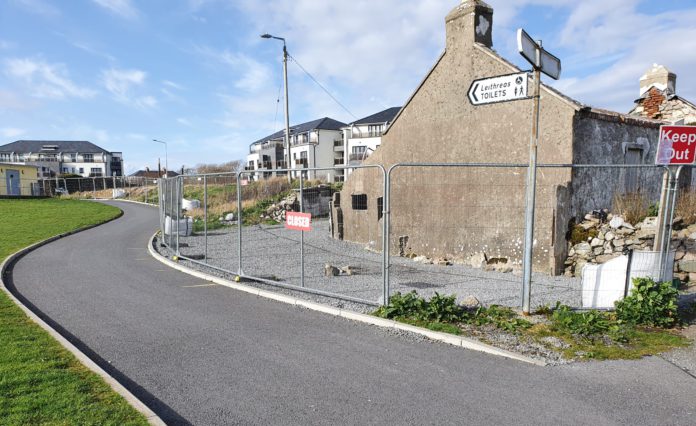 The owners of a modified trick selling coffee and snacks at Blackrock by the Salthill Promenade have gone to An Bord Pleanála seeking approval to continue operating.

McHugh Property Holdings Ltd sought retention permission from Galway City Council to continue selling hot drinks and snacks from an adapted van down at the Promenade.

However, the application was rejected by the city council, which refused retention permission. That rejection has now been appealed to An Bord Pleanála, which is due to rule on the case by July 21.

The appeal argues that the city council treated the application as if it was for permanent rather than temporary retention, arguing that a period of two to three years was being sought.

It also argues that the Board has previously ruled that the restored and extended cottage would be suitable for restaurant and café usage, and therefore it was wrong for the council to say the truck contravened the Residential and Amenity zoning of the land.

McHugh Property Holdings state that a small, mobile, and temporary truck would also not affect the visual amenity or character of the area, and that its function is complementary to how the promenade is used by the public.

“The congregation and presence of the public is entirely because of the attractive amenity of the public spaces at this focal point on the promenade, where the sea swimming and diving board further enhance the amenity.”

“The popularity of the site is as a result of the high quality amenity. The provision of hot drinks and snacks at this site further enhances and complements the public’s use of the amenity.”

“The presence of the public should not be seen as a visual detraction. It simply demonstrates the popularity, value and success of the amenity.”

Galway City Council rejected the application for the retention of the food and coffee truck on February 23.

In refusing approval for the truck to stay, the council said that the use of a coffee truck doesn’t fit the Residential and Amenity usage the land is zoned for, and would also have a negative impact on the amenity of the area.

The council’s Recreation and Amenity Department said that the food truck was not suitable for this location due to its proximity to Blackrock Diving Tower.

“The low quality appearance of this development, particularly adjacent to such an iconic structure and the permanent rather than temporary nature of the application could potentially lead to this becoming a long term feature at this location.”

“It is the intention of the Recreation and Amenity Department to undertake significant repairs to the Blackrock Diving Tower in 2022 and it is considered that this proposed development would detract from this and undermine the public investment in this facility.”

Concerns were also raised by the city council about the potential for crowds to gather in a congested area, which is of particular concern at the moment.

“Furthermore it must be remembered that we are currently in the middle of a global pandemic in which anything that attracts large crowds should be discouraged.”