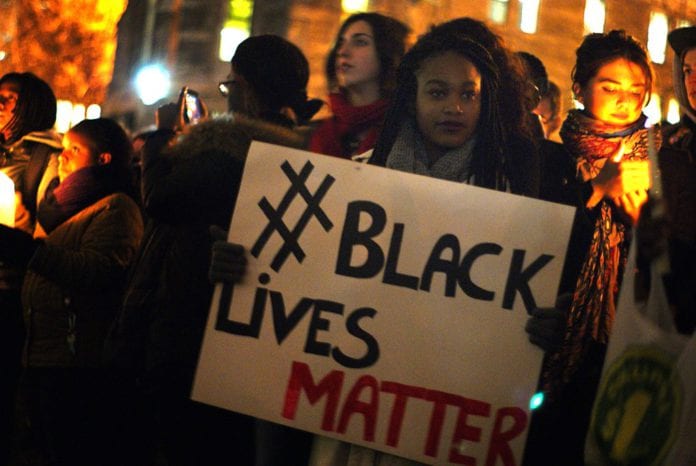 A demonstration in solidarity with Black Lives Matter will go ahead on Saturday at 2pm, despite Galway Anti-Racism Network’s statement earlier today saying their protest is postponed due to health and safety risks posed by COVID-19.

GARN said that their protest will not go ahead until health and safety restrictions are lifted – but other activists in the City will hold a protest in Eyre Square at 2pm.

Organisers of the protest that will go ahead on Saturday say that it is not a march, meaning the Gardaí do not have to be notified.

They say that it will be a peaceful protest and that social distancing must be observed by everyone in attendance.

Anyone who lives or works with vulnerable people are asked not to attend.

Demonstrations have taken place in cities across the world following the killing of unarmed black man George Floyd in the United States last week.

Footage showed a number of police officers kneeling on George Floyd’s neck and back as he lost consciousness and died, sparking widespread anger across America and around the world.

Earlier today, a spokesperson for Galway Anti-Racism Network said: “Due to concerns about health risks regarding the COVID-19 crisis and taking into consideration the lack of social distancing space available to residents in Direct Provision centres, GARN have decided to postpone our Black Lives Matter protest until safety restrictions are lifted.

“We ask everyone to join us in an online protest on Saturday as well as signing an online book of condolences to victims of systemic racism and police brutality.” 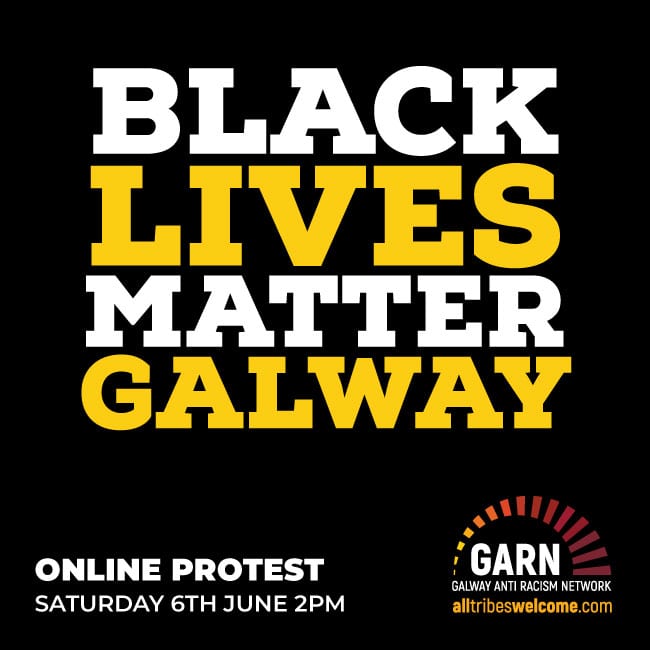 “Institutional racism and discrimination against Black and ethnic minority communities is as much a danger to lives as COVID-19, as they have seen a disproportionate number of cases and deaths worldwide, with many of these people being front line carers, medical staff and essential workers.

“We call on Ireland to acknowledge the injustices and structural racism that create rampant inequality in Ireland and beyond, and to instead embrace our changing intercultural society to create an equitable, fair Ireland for all our children,” the GARN statement added.