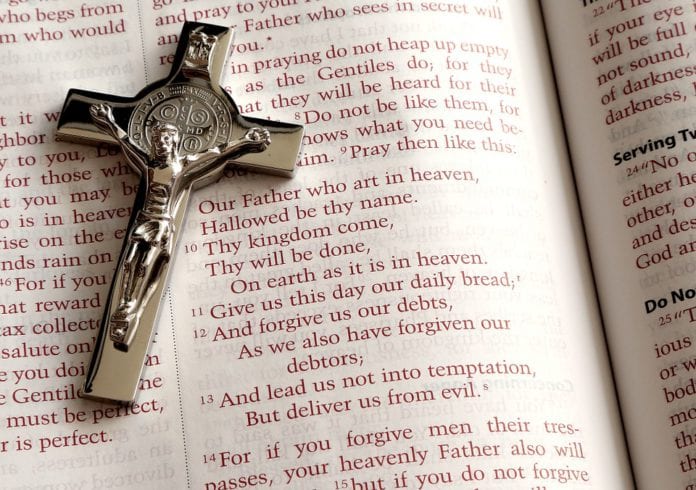 Indpendent TD Clare Daly has called for proper training for returning officers in polling stations, after a Bible was found in a polling booth in Galway.

Clare Daly TD said that the Bible was there when a voter was getting his ballot paper.

After he objected to the two women – who said, “Sorry about that” – he went to the gardaí about the issue.

The garda agreed that the Bible should not be there, but one hour later when his wife voted, the Bible was still there.

She made these comments in the Dáil while bringing attention to the fact that there was a violation of the law with regard to electioneering near polling stations across the country.

She said that there was a complete failure on the part of the gardaí, local authorities and the returning officers concerned to take any action on No posters which were erected the night before the referendum last week.

“The garda who was called in Galway over the presence of the Bible did not ensure that the Bible was removed. Even though it was recognised that it should not have been on the table, it was not removed.

“Had the gardaí interpreted it correctly, they would have removed them. They not only did not remove them but did not even understand the law, and the Returning Officer did not either.

“We cannot have a repetition of that. It was regrettable,” said Clare Daly.

Fine Gael TD and Minister of State for Local Government and Electoral Reform John Paul Phelan said that the Bible was there for people to ‘make an oath if they so wish to affirm their identity’, but that it shouldn’t have been on display.

“I do not think the rules themselves need to be changed very much but I think there needs to be a thorough exercise on ensuring that those who are operating them on the day are fully aware of what the rules are. I take that on board completely.

“We will try to endeavour that before our next electoral outing, which should be later this year, that such training can take place, he said.

Clare Daly TD received a round of applause from TDs after a heartfelt speech in the Dáil yesterday regarding the Eight amendment referendum.