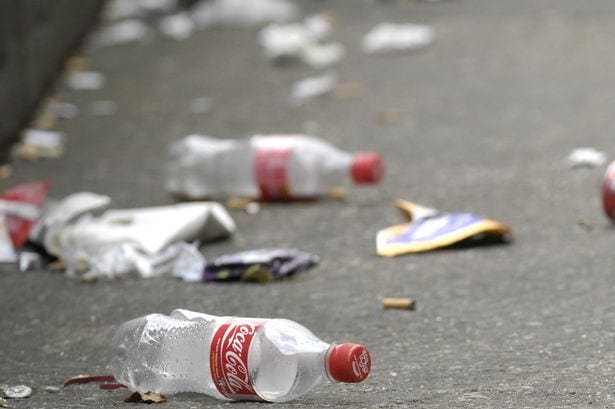 Ballybane is the second most heavily littered urban area in Ireland according to the latest IBAL Litter Survey, as Ballinasloe dropped off the clean list.

Irish Businesses Against Litter commissions An Taisce to carry out litter surveys across 40 towns and urban areas around Ireland.

Though it remains near the bottom of the table, Ballybane has slightly improved in condition from the last survey in October where it came last.

It and Dublin North Inner City remain the only urban areas to be considered ‘seriously littered’.

Though IBAL said that progress is being made at tackling littering in the majority of towns, Ballinasloe had a bad run towards the end of the year, dropping ten places on the list, going from being ‘clean’ to ‘moderately littered’.

Minister for Communications, Climate Action and Environment Richard Bruton said “Combating litter is part of a much wider challenge – how we use our resources effectively and adapt to recognise environmental damage more generally.”

“Litter is a very tangible, visible example of the kind of damage that is being done. It is vital that communities, businesses and local authorities in towns all across Ireland, work together to manage waste properly and reduce litter.”

Fermoy was crowned the cleanest town in Ireland, and An Taisce praised the Cork town for having “exceeded its usual high standards of cleanliness” .

They added, “Great care has been taken not just with regard to litter but also overall presentation.”

While over 90% of towns surveyed were deemed clean, IBAL warns that certain city areas are stubbornly refusing to see an improvement.

Conor Horgon of IBAL commented “Three years ago we deliberately shone a spotlight on specific city areas in the hope that the attention would spur councils and communities into action.”

“It is fair to say we have seen no noticeable improvement in any of these areas – nor have we seen much by way of substantial measures to them turn around.”

He said that unequal economic and housing development has created a gap that leaves certain parts of the city behind.

“The historic development of large areas of social housing has shaped a ‘them and us’ society and the gap is widening.”

“Litter is a symptom of a greater malaise and keeping these areas as clean and well presented as the rest of a city would over time have significant benefits. We need local authorities to take the lead.”

“At a minimum these repeatedly littered sites, often subject to dumping, need to be targeted and cleaned up,” said Conor Horgan.

“This would be the quickest and most efficient way to make inroads in these areas, but in many cases it is not happening.”