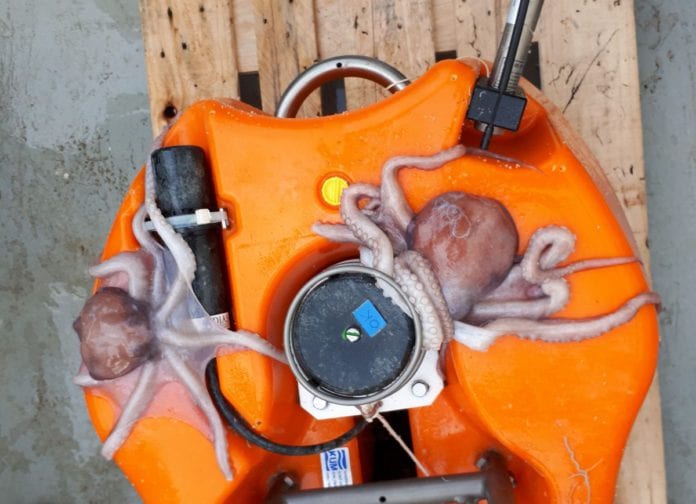 The groaning of the earth in underwater earthquakes and the the songs of great baleen whales in the North Atlantic are some of the incredible sounds recorded in one of Europe’s most ambitious deep-ocean research projects which returned to the Port of Galway this week.

For the past 19 months a network of ocean floor seismometers have been gathering data from the Atlantic floor off the west coast of Ireland.

This week an expedition to retrieve the seismometers consisting of six scientists and a small crew aboard the RV Celtic Explorer returned to Galway Port after three weeks at sea.

They delivered new insights into earthquakes off the Irish coast, the potential for enhanced tsunami warning systems, and the migration patterns of North Atlantic whales.

The SEA-SEIS project is led by scientists from the Dublin Institute for Advanced Studies.

“When the seismometers were deployed in 2018, they were programmed to run until this time,” seismologist and project lead Dr. Sergei Lebedev said.

“This meant that the expedition was time-critical. if we didn’t retrieve the equipment in the past weeks, we risked losing the valuable seismometers – and the even more valuable data they have collected.”

“We went west from Galway to the stations within the underwater Rockall Trough first, then made our way North along the western coast, retrieving the seismometers as we went, heading towards Iceland and the mid-ocean ridge and circling back around to Galway after three weeks at sea.” 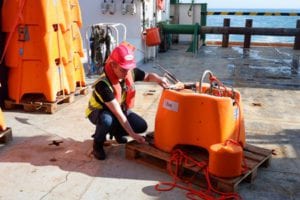 Once the data has been properly analysed, it will shed new light on the nature, occurrence, and frequency of earthquakes off the Irish coast, and help better understand the forces that shape the Atlantic.

“This is important for better understanding both the natural hazards and natural resources offshore,” he said.

The instruments have also made long recordings of the great baleen whales, including the Blue, Fin, Humpback and North Atlantic Right whales, to help understand their migration patterns.

“Many people do not realise how vast Ireland’s offshore territory is. In fact, 90 per cent of Ireland’s territory is offshore, most of it to the west of the country.”

“Far beneath the ocean waves, there are spectacular mountains and deep valleys, with steep slopes and elevation drops of up to four kilometres.”

“There are also many extinct volcanoes, similar to those that formed the Giant’s Causeway,” Dr Lebedev explained.

The SEA-SEIS project was the first to ever deploy such a large array of seismometers across the North Atlantic, and will be crucial to understanding the makeup of Ireland’s offshore territory.