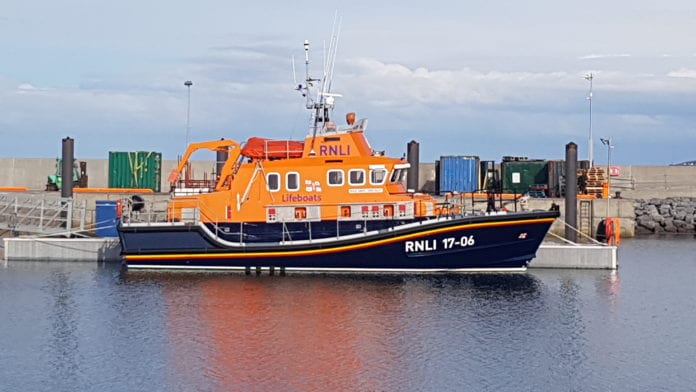 The Aran Islands lifeboat was called out for a medical transfer in the wee hours of the morning on Saturday.

At around 2:30am on Saturday morning the Aran Islands all-weather lifeboat was launched in response to a request from the Coast Guard.

A young man had sustained an eye injury on Inis Mór and needed to be transferred to the hospital on the mainland.

The lifeboat launched in calm seas under Coxswain Tommy Dirrane and with six crew members onboard and proceeded to Rossaveal harbour.

The patient was then transferred safely to a waiting ambulance and on to University Hospital Galway for further treatment.

Speaking afterwards Tommy Dirrane said “Our volunteers had an early morning wake up call today but that it is what they are trained, willing and prepared to do to help anyone they can.”

He added that “All at Aran Islands RNLI would like to wish the casualty a speedy recovery”.