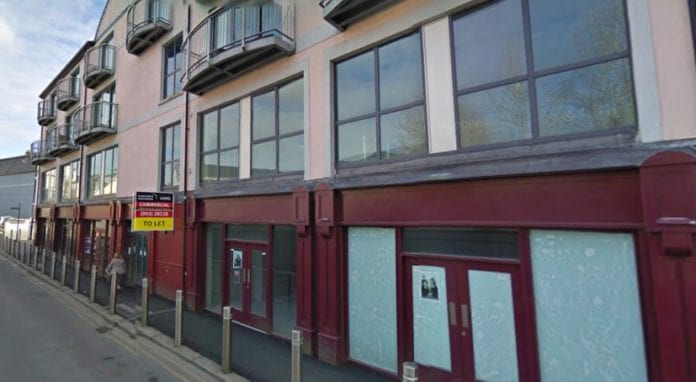 An appeal has been lodged against a decision to refuse planning permission for 17 apartments in Tuam.

JHL Manufacturing sought to convert the first floor of a building at Trinity Court in Tuam, into apartments.

The development would consist of changing the use of multiple vacant retail units and a coffee shop in the four storey Lár na Cathrach building.

The development would consist of 12 one-bed and 5 two-bed apartments covering roughly 1,600m².

Galway county council refused to approve the project due to issues with parking and private space in the apartments.

It was noted that was no private open space for 16 of the 17 apartments in the plans submitted, and that several of them lacked sufficient storage space.

The council cited “a lack of clarity regarding the satisfactory provision of carparking for the proposed residential units”.

JHL said that the new apartments would be served by the existing basement car parking in the building.

It was also noted that no design statement was submitted from Irish Water to show that the development could be served by the existing water mains and sewage infrastructure.

According to JHL this development would result in “the delivery of a benefit to the town centre by putting existing vacant floorspace to use”.

The developer also said that providing housing within the town centre is a priority under both national and local planning policy.

An appeal against the refusal of planning permission was lodged with the higher planning authority by JHL Manufacturing on May 14. An Bord Pleanála is due to rule on this case by September 16.