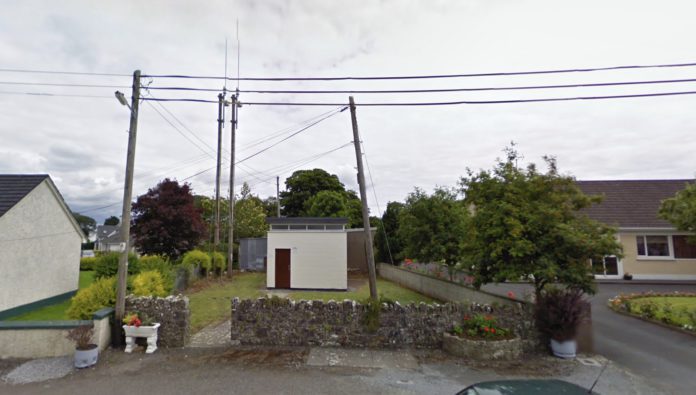 An appeal has been lodged against Galway County Council for blocking plans for a larger mobile mast in the centre of Aughrim village.

Eircom sought approval from the council to replace an existing 12m wooden pole at their Exchange Building in Aughrim with an 18m monopole structure.

The mast would have been fitted with antennae, dishes, and associated telecommunications equipment.

The county council refused planning permission in late July due to its location, with multiple homes nearby, and the “overbearing nature” of the development.

The council said that it would seriously damage amenities, and affect the value of property in the area.

An appeal has been lodged against this decision with An Bord Pleanála, arguing that there has been a telecommunication structure in the area for many years, and that it is a “familiar part of skyline” that doesn’t have a major impact.

While this new mast will be taller, Eircom said that landscaping along the western boundary will help reduce the visual impact.

The council had also said that there were more suitable locations elsewhere, to which the appeal argues that the site has a history of telecommunications use, with associated infrastructure in place, and that it is not uncommon for mast to be located in a residential area.

A decision on this appeal is due from An Bord Pleanála by December 12 of this year.