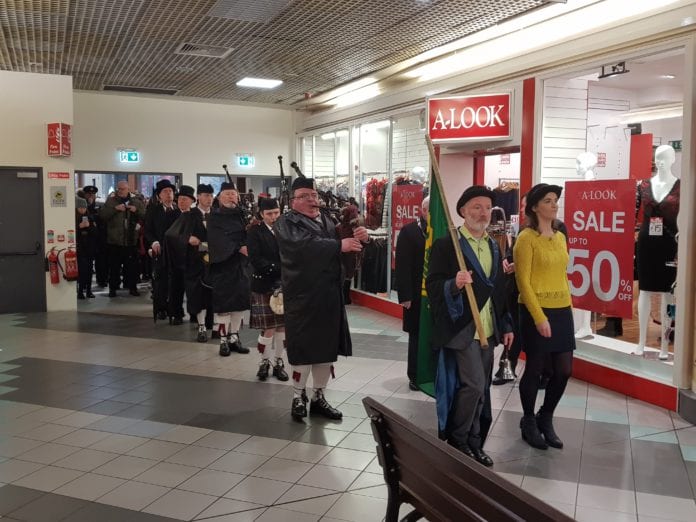 A Taibhdhearc, Galway’s resident Irish language theatre company, put on a spectacle in the city this afternoon by reenacting the sitting of the first Dáil.

The performance piece began with a parade through the city, with performers dressed to the nines as those first Teachta Dála who attended the first Dáil Éireann.

Along the way the parade stopped at several points in the city to explain the history of how a group of republicans declared themselves the legitimate government of Ireland.

@AnTaibhdhearc celebrate the 100th anniversary of the #FirstDáil with a parade through the streets of Galway and a reenactment of that historic meeting. #Dáil100 pic.twitter.com/Qf6UrWGzWK

The first Dáil sat at the Mansion House on January 21, 1919, the same day the War of Independence is said to have begun with the Soloheadbeg ambush.

It followed on from the General Election of December 1918 that saw Sinn Féin sweep the majority of Irish seats, and refuse to take them in Westminster.

TDs ratified the proclamation made at the 1916 Easter Rising and adopted a provisional constitution.

Symbolically the proceedings of an Chéad Dáil were held in Irish, something An Taibhdhearc was proud to point out.

The parade went from An Taibhdhearc’s theatre on Middle Street to Eyre Square Shopping Centre.

There, in front of the Tower in the shopping centre, the theatre group staged a reenactment of that historic meeting.