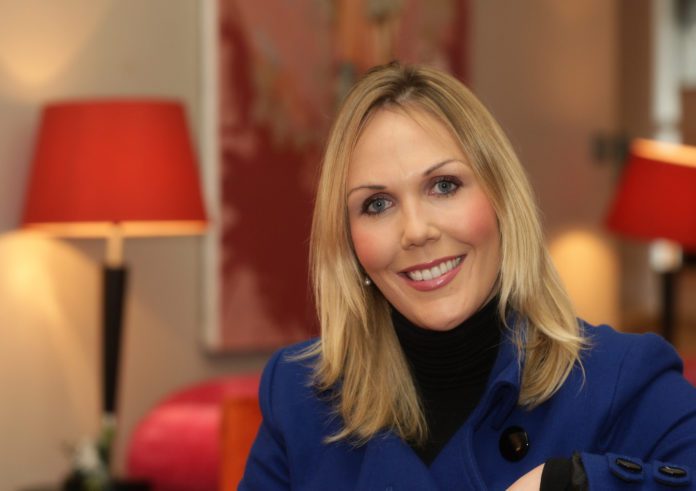 TG4 has announced that An Spidéal native Áine Lally has been appointed as the broadcaster’s new Communications Manager.

Áine has over twenty years experience as a broadcast journalist and newscaster with Nuacht TG4/RTÉ.

She is known throughout Connemara and beyond for her unique journalistic and storytelling style giving insight into Gaeltacht and Irish-language communities in Ireland and abroad.

During her years with Nuacht TG4, she has produced many documentaries about Irish Americans in Boston, New York, Pittsburgh and Louisiana. She has covered US elections for the station and has previously been a reporter for RTÉ’s Nationwide and also worked with Galway Bay FM.

She was a researcher and presenter of entertainment series Féilte for four years working with Aoife Ní Thuairisg and Síle Ní Bhraonáin. In 2004 Áine presented Gradam Ceoil TG4 with Páidí Ó Lionáird.

Áine is is a daughter of well-known Galway businessman Máirtín Lally and his wife Bríd.

She has six brothers; Caoimhín, Pádraig, Marcus, Diarmaid, Máirtín and Dónal. She is married to Joe Quinn from Galway City and they have two children Robert and Liadh.

TG4 Director of Marketing, Development and Partnerships Lís Ní Dhálaigh, welcomed the appointment saying, “I would like to welcome Áine Lally to this important role in TG4.

“Áine has extensive journalism experience and knowledge of Irish language and Gaeltacht communities which will be a great asset as she undertakes the position of Communications Manager with TG4. I have no doubt that she will take to the role with the same energy and commitment that she is renowned for in her journalism work.”