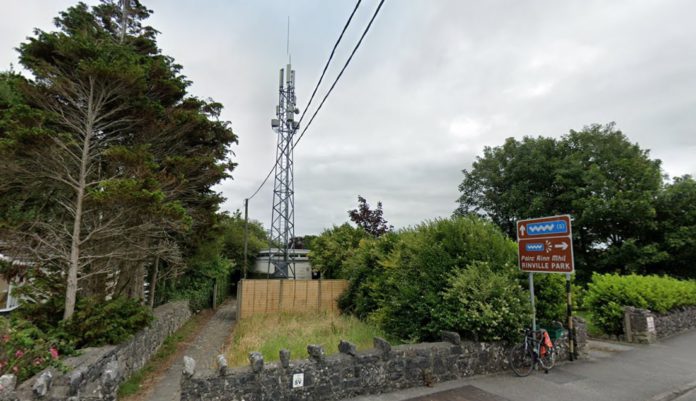 An Bord Pleanála has approved plans for a new mobile mast in Oranmore village, overruling their inspector’s recommendation to refuse planning permission.

Vodafone Limited had originally sought approval from the county council to take down a 15m high mobile mast at Main Street Oranmore, where the structure has a total height of 19m.

In its place, the telephone and broadband provider planned to erect a 24m high lattice mast, for additional antennae and dishes, which would reach a total height of 25.5m

These plans were refused approval by the county council in March of this year on the grounds that they would have a detrimental visual impact on the surrounding area, and due to its proximity to residential dwellings.

This decision was appealed to An Bord Pleanála, where Vodafone proposed revised plans for a 20m high mast, bringing the total height of the structure to 21.5m.

Vodafone also argued in the appeal that the larger mast is needed to deal with increased demand in the area, and to allow other operators to use the same location.

Seven objections to the original plans were received by the county council, and An Bord Pleanála also received submission from local residents, including the Oranmore Community Development Association CLG.

These argued that the site is zoned residential as it is, that no consideration has been given for other locations, and that there would still be a negative visual impact since there are houses close by.

An Bord Pleanála’s inspector Colin McBride recommended that the board uphold the council’s original decision, and refuse planning permission, regardless of the reduced size, for similar reasons.

“I would still consider that the design and increased physical bulk of the replacement structure would have a detrimental visual impact at this location,” the inspector’s report said in its assessment.

“I would be of the view that the design of the new structure is unacceptable and would have detrimental visual impact over and above that of the existing structure on site.

“I do not consider that sufficient technical justification for such has been provided or demonstrated or any information provided to indicate that alternative options are not available.”

“I would consider that the proposal would be contrary to the recommendation of the national guidelines in relation location and siting of telecommunications structure and that insufficient justification has been provided for the proposed replacement structure at this location.”

In making its decision to grant permission, the board said that the mast was in a “highly suitable and appropriate location” for providing broadband coverage in the area, and that it would be available for other providers to locate equipment there.