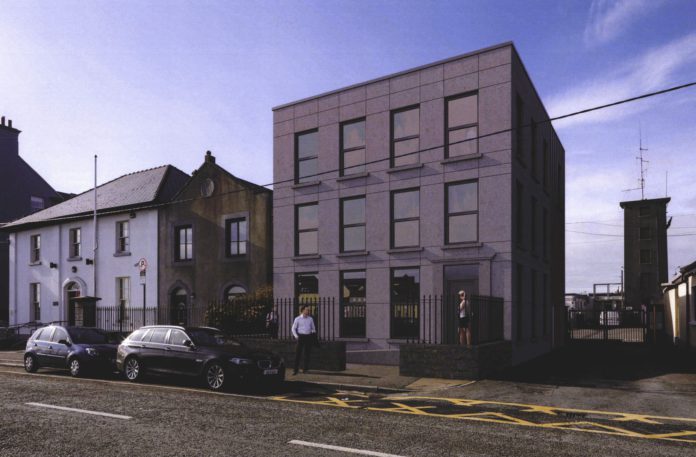 An Bord Pleanála has given the green light to plans for the construction of a new Galway Rape Crisis Centre in the Claddagh.

GRCC intends to demolish an old building it owns at No. 7 Claddagh Quay, and build a modern, three storey-building in its place to accommodate the service.

The existing building is owned by Galway Rape Crisis Centre, which has owned and operated it for more than 20 years.

The RCC moved to its current accommodation in Forster Court due to the need for more room, but continued to operate counselling services from the Claddagh location.

However, the lease on the city centre location, which is owned by the Sisters of Mercy, is due to expire this month, as the former Magdalene Laundry complex is going to COPE Galway.

In the original planning application, the GRCC stated that “We need help to give all the survivors of sexual abuse a place to come to for counselling that is bright, modern and safe because they deserve it”.

Planning permission was granted for the new premises by Galway City Council on January 29 of this year. However, this decision was appealed to An Bord Pleanála.

The appeal on behalf of Creaven House, a sports hall next door, said that while they support the Galway Rape Crisis Centre, and the “necessary and essential” service it provides, there were a number of concerns with the project.

The grounds raised in the appeal reflected the concerns raised by the appellant with the city council during the initial planning process.

Part of the appeal centred on a boundary dispute, with Creaven House saying that the plans encroached on their property, while GRCC responded that the opposite was true.

Also at issue were alleged unauthorised work on the site, which GRCC said was not a matter for An Bord Pleanála to consider, and would be resolved by this development in any case.

The outward design and scale, and internal layout of the building were also raised in the appeal, with concerns expressed about the three storey size, and modern design of the building, and it being out of character with the Claddagh area.

The internal layout of the building in the plans submitted reflected an open plan office, rather than a healthcare facility, the appeal said, with no private consulting rooms indicated.

Galway Rape Crisis Centre responded that the final layout indoor will be optimised to provide consulting rooms, and internal walls will be raised once the building is constructed, as an exempted development.