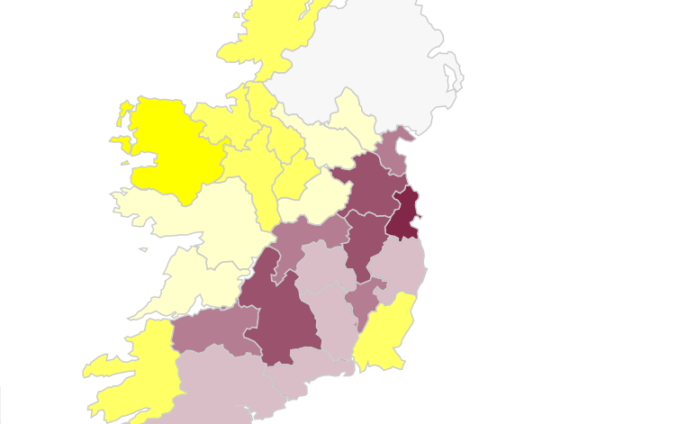 Almost 58% of Galway residents stayed within 10km of their homes during the last week of March, new CSO figures have revealed.

There was a slight decrease (-0.3%) in people staying ‘local’ in the county on the previous week, but the figure has remained relatively steady here for a number of weeks.

Dublin residents are most likely to remain within 10km of their homes, with almost 79% of people there staying local.

This reflects the urbanised nature and access to services in Dublin compared to other counties.

In Roscommon and Carlow, less than half of residents stayed within a 10km radius during the last week in March.

The data is collected from anonymous mobile phone activity records from Three Ireland which is provided to the Department of Health.