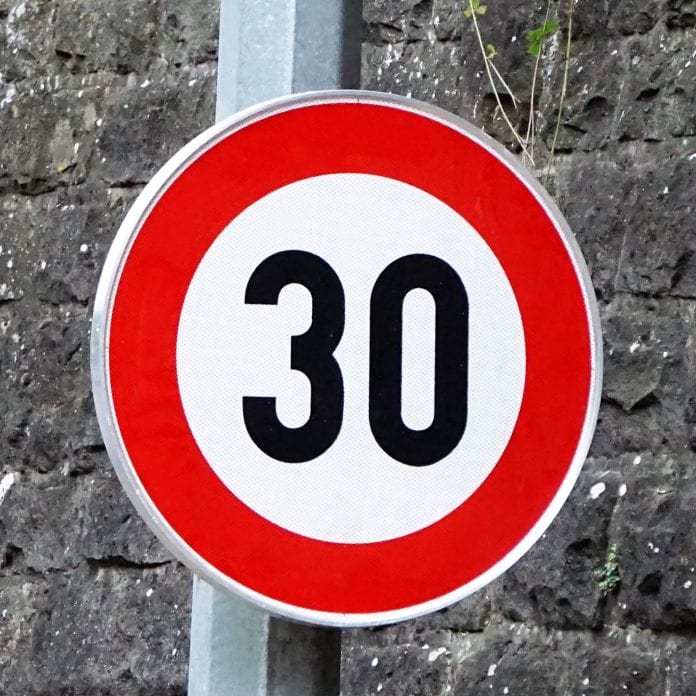 The proposed inner city centre 30 km/h speed limits have been welcomed by Galway Cycling Campaign, with Galway inner city’s speed limits expected to be standardised in the Autumn.

But the group has urged Galway City Council to be more ambitious in its vision for safer roads and safe routes to schools across the city and suburbs.

They have said that while the new limits will be welcomed, they should extend to all schools, colleges of further education and higher education institutes.

Under the current plans, some schools in borderline areas along the perimeter of the new 30km/h zone will continue to have a 50 km/h speed limit. These include Scoil Fhursa, St Mary’s College, Galway Technical College, and Galway Community College.

The cycling advocacy group’s chairperson Kevin Jennings said that slower speed limits in cities are “the new normal” because they benefit people of all ages and abilities, pointing to the examples of Milan and Brussels who have cut speed limits.

“Lower speeds make it safer to walk and cycle, and so encourages more active travel as part of everyday routines to get to work, school and local businesses,” he said.

“It’s more pleasant to eat on the street in the absence of roaring traffic. There’s less noise and smells of fumes. It’s safer for kids to play.

“I’ll be more confident to walk with my children without grabbing their hands in a death-grip for fear that they’ll be knocked down. This is an excellent start, yet it is low-hanging fruit for road safety.”

“We need more ambition from our Council. Dublin is considering reducing its speed limit to 30 kmph almost everywhere within the M50, so its villages, suburbs and schools will be safer, happier, and healthier. Our communities and schools from Knocknacarra to Roscam deserve the same public safety as people living, working and studying in the city centre.”

Thousands of students and children will benefit from the slower speed limit outside the Jes, Mercy, St Patrick’s and St Nicholas’s primary schools, the Jes, The Bish and Our Lady’s College secondary schools, and NUI Galway.

But Martina Callanan, the group’s chairperson, said that other schools around the city, currently on 50km/h roads, should also be protected by the new speed limits.

“The research is grim,” said Ms Callanan. “At 50 km/h, our typical speed limit, your child and you walking to school have a 50:50 chance of surviving a car crashing into you at 50 km/h.

Because of this, she says that all education centres should be protected by speed limits of 30 km/h.

“Most children aged 5 to 18 years go to school in our suburbs. Bus capacity is significantly reduced due to social distancing. Car pooling between families will be slashed as households seek to minimise interactions.

“The government is asking us to walk or cycle where possible during coronavirus. Now more than ever we need safe routes to school, so cutting speed limits to 30 km/h in areas around schools, and on school routes with no continuous footpaths or dedicated cycling facilities, is a no-brainer.

“Within the city centre we need to prioritise safe routes to school. Bikes are banned from Shop St at all times. We need dedicated times of the day so schoolchildren have permission to cycle this central artery without delivery trucks,” she added.