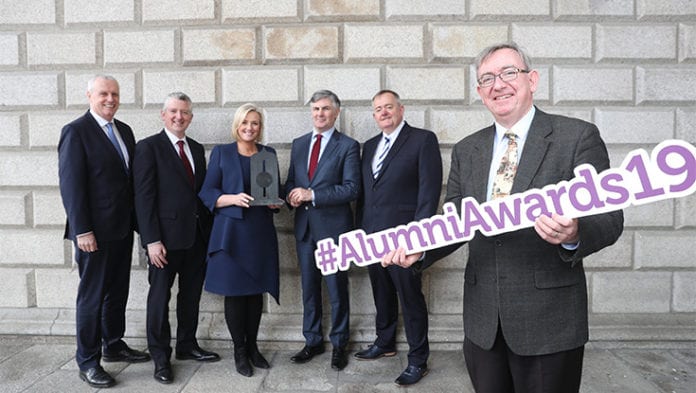 NUI Galway has announced the list of winners of the 2019 alumni awards which will be presented next month, and the list includes exceptional individual from the fields of medicine, science, law, journalism, and more.

Now in their 20th year, past recipients of the awards include President of Ireland Michael D Higgins, broadcasters, Seán O’Rourke and Gráinne Seoige, public figures such as Pat Rabbitte, Eamon Gilmore and Máire Whelan, and sports figures such as rugby international, Ciarán FitzGerald and Olympic medalist Olive Loughnane.

President of NUIG Ciarán Ó hÓgartaigh praised the recipients of the the 2019 awards for the “positive impact” they’ve had in the world, adding that he looks forward to seeing them back at their alma mater to receive their award.

“It is the mission of universities to make the world a better place through our teaching, research and impact,” he said.

“Our Alumni Awards programme recognises alumni who make a positive difference in the world and who are leaders in their chosen fields. Through their endeavours our mission is made manifest.”

“I’m particularly pleased this year that we can honour a diverse group of alumni who have made a positive impact in the world, and for the world, both nationally and internationally.”

The 20th annual NUI Galway Alumni Awards will be presented at a Gala Banquet on Saturday, April 13.

Alumni Award for Business and Commerce – Sponsored by Bank of Ireland

Alumni Award for Contribution to Sport – Sponsored by Bank of Ireland