Almost 20,000 sandbags are being deployed in Galway city today with flooding expected on the waterfront tonight from Storm Lorenzo.

With the assistance of the defence forces the city council has converted 130 tonnes of sand into almost 10,000 sandbags which are being added to an existing stock for a total of just under 20,000.

These are available for people to collect from three locations in the city today: Claddagh Hall, the Mutton Island Treatment Centre, and the former tourist office in Salthill next to the Atlantaquarium.

The worst of Storm Lorenzo is expected to hit Galway this evening and tonight with a status orange weather warning coming into effect at 6pm this evening and remaining in place until 6am on Friday.

A number of roads along the waterfront where overtopping and flooding is expected are being closed from 5pm this evening; Salthill, and the Seapoint Promenade from Grattan Road to Blackrock.

The city council roads section is monitoring the weather situation and further road closures may be ordered throughout the day as needed.

Seapoint and Toft Park car parks are also closed the inflatable flood barrier has been deployed at the Spanish Arch. 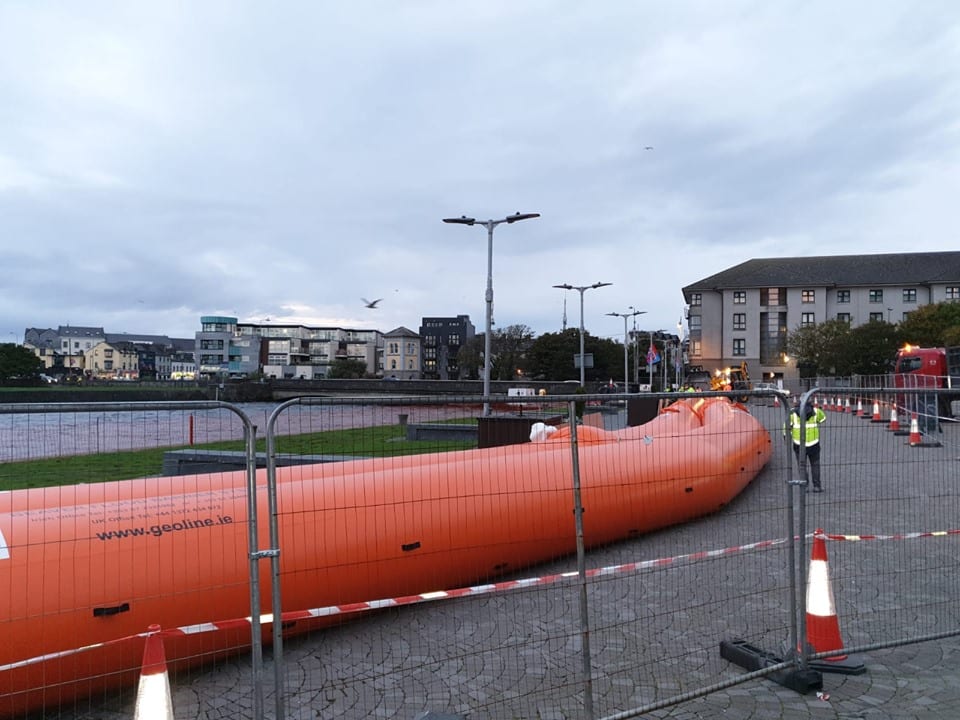 The city council has also decided to close Roshill road in Roscam as a precautionary measure due to a large number of trees in the area.

“In early October, trees are mostly in full leaf with a large surface area, so even moderate strength winds can bring down weakened trees and/or tree limbs,” the council said when announcing precautionary measures.

While Met Eireann today decided to extend the status orange weather warning by three hours until 6am on Friday, by and large Storm Lorenzo is expected to pass quickly overnight.