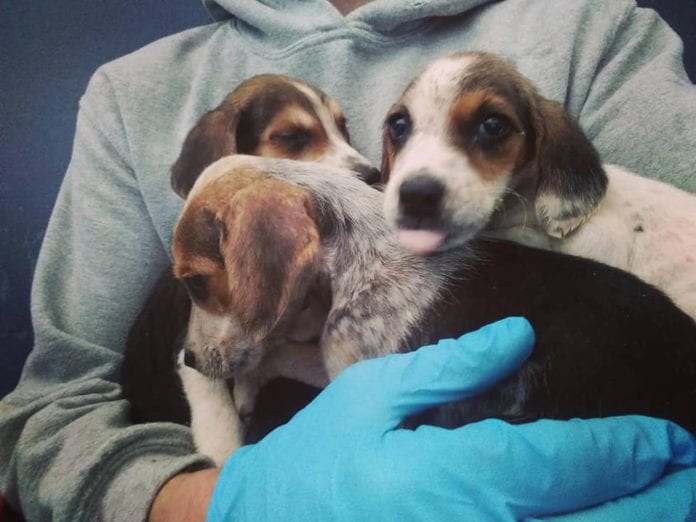 16 malnourished puppies were seized by Galway County Council with the assistance from Gardaí early last week.

On Tuesday of last week 16 malnourished puppies were seized in Athenry by Galway County Council with the assistance of the Gardaí.

The 16 puppies were found to be living in an abandoned trailer in the most dreadful condition.

Following the seizure by the local authority the puppies were assessed and treated by the county vet and the puppies were then brought to MADRA, a kennels in Camus for neglected, abused and abandoned dogs.

Four puppies had died in the first two days after being rescued with two other pups dying in the following days.

The organisation works closely with the council, which rents four kennels next to Madra as a pound.

A video of one of the surviving puppies – BATMAN:

“Our superhero Batman is one of the survivors from the cruelty case. He is the biggest and strongest one. We are gradually building him up. Now that he is here…safe with us….he is learning all about toys and the fun that can be had.😊

“With so much sadness to contend with, he is doing our hearts the world of good.💙🐾”.

Saturday morning, MADRA released an update on Facebook in regards to the remaining puppies.

“We wanted to give you an insight into the battle our beautiful little puppies and MADRA staff have been fighting over the past few days. This may be upsetting for some readers but this is the reality of the situation at the kennels and in Ireland.

“As many of you know, 16 puppies were seized by Galway County Council and Veterinary Services on Tuesday last. They were assessed by the local County Vet and received initial treatment in a local veterinary practice.

“However, the first little unnamed soldier passed away before reaching MADRA kennels on Wednesday night. 3 of the remaining 15 had been separated by the county vet, as they were the weakest of the bunch, and these were taken directly from MADRA kennels to a staff members home.

“2 of them, Rogue and Remy, did not make it through the night. The third puppy, Flash, followed them soon after.

“The pups previous caretakers allowed them to get into horrendous condition, emaciated, riddled with fleas, lice and roundworm and ultimately left in a trailer with no access to food or water. They had no reserves to pull from and some had no more fight left in them. 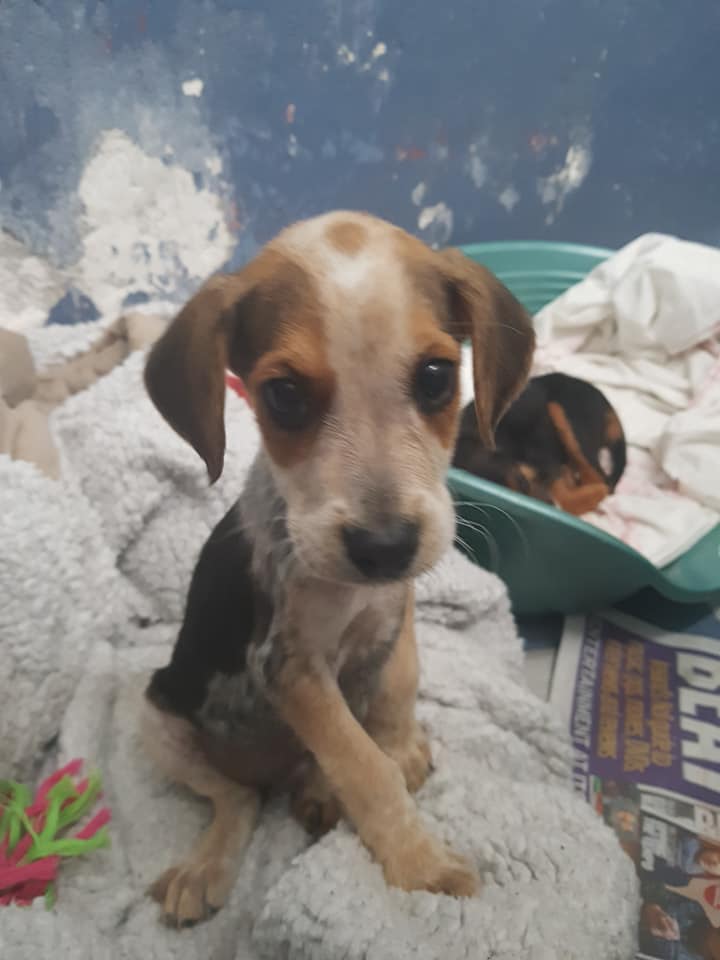 “Yesterday morning, we had 12 puppies at the kennels. Staff offered small amounts of chicken and made sure they were all drinking water. The pups were kept warm, comfortable and safe.

“Some seemed to be gaining strength but other were struggling and were brought to our vets. We lost Harley Quinn shortly after arrival at the vets while Gamora passed away during Friday night.

“Parvo virus has been confirmed in one of our pups, meaning they are all in danger, as they were being held together when seized.

“Batman, Ivy, Clark, Bruce Banner, Grout, Logan, Jean Grey, Kara, Loki and Diana are still fighting for their lives. These little mites have been pushed to their absolute limits and we hope they will find the strength to pull through. 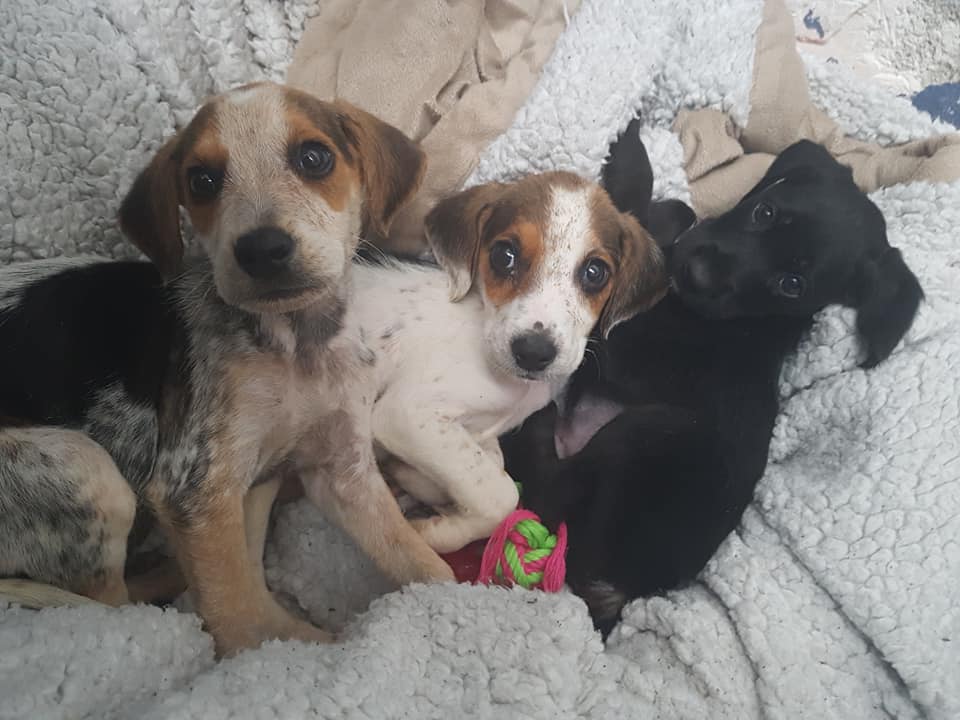 “We have given them superhero names because that is what they are to us.

“We don’t want the deaths of our first 6 heroes to be in vain. Please, let this be a lesson to be mindful of where you acquire your dog. It is believed that these pups were being gathered from various illegitimate breeders and that the trailer was a meeting point for illegal onward transport to the UK.

“We would like to urge anyone with information on this type of illegal trade and breeding in poor conditions to come forward to the Gardaí. And if you’re considering bringing a puppy or dog into your life, please visit one of Ireland’s many reputable rescues where hundreds of beautiful dogs await a loving home.

“Our thanks to the Galway County Council and Veterinary Service and An Garda Síochána who all worked together as a team to rescue these poor defenceless puppies.

“We have been overwhelmed by the generosity of our supporters during this crisis. And we are sincerely grateful. When faced with this type of cruelty, you help us to maintain hopeful. 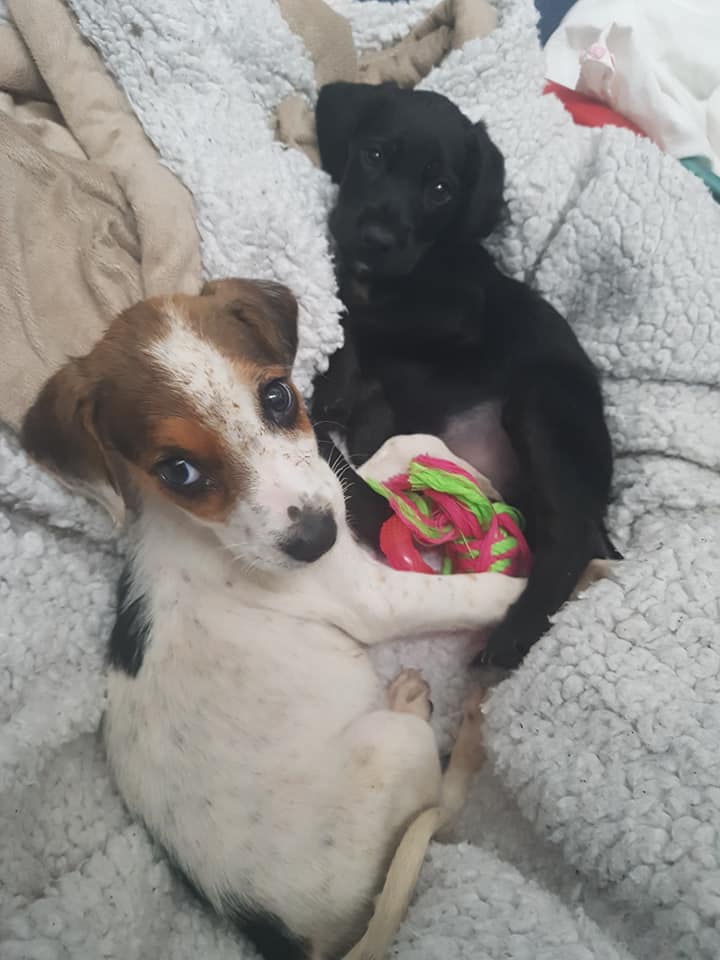 Since the update on Saturday morning two more puppies have sadly lost their fight, Grout and Jean Grey.

MADRA are strongly encouraging people to come forward with any information that may help this case and for people to adopt rather than buy puppies/dogs.

“We implore people to #adopt a rescue puppy or dog instead of buying one. This needless suffering has to stop,” MADRA added.