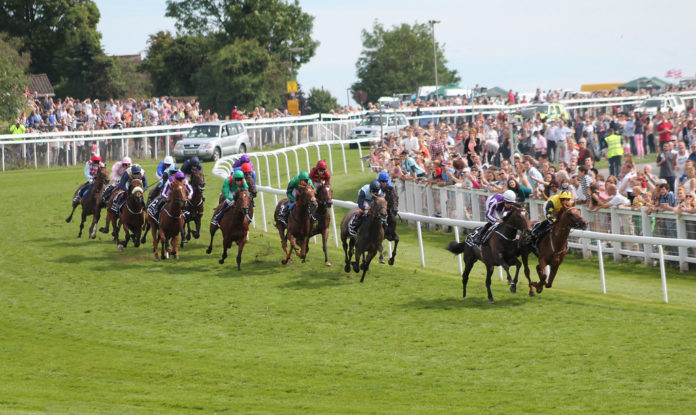 Santa Barbara, who is an Ante-post favourite, is said to be one of the 14 fillies in line for the Cazoo Oaks at Epsom on Friday, ahead of the third Classic of the season.

The Camelot filly dropped a huge impression on everybody when she won her racecourse debut back in September at the Curragh, and she was also a major gamble in 1000 Guineas at Newmarket last month with reports of her workouts on the Ballydoyle gallops being made clear.

Santa Barbara, who is being trained by Aidan O’Brien, was only able to make do with minor honours in fourth over Rowley Mile but has once again emerged as a strong favourite to come out victorious in the third Classic of the season in her second attempt.

The 3-year-old filly will be joined by four stable companions in Snowfall, Willow, La Joconde and Divinely. Snowfall was able to secure her spot following a victory in the Musidora Stakes at York, while Divinely who is Lingfield Oaks Trial’s fourth, has always been looked upon as market support this week.

Sherbet Lemon, who is being trained by Archie Watson, alongside Roger Varian’s Save A Forest and Hugo Palmer’s Ocean came out first, second and third at Lingfield and they all in line for the race on Friday, and with news for Royal Ascot punters will be eligible to place their bets ahead of the race.

Joined by those trios is Cheshire Oaks runner-up Zeyaadah and Musidora Stakes third-place Teona was also announced for the Classic. Mark Johnston rode Dubai Fountain to claim the Cheshire Oaks, while Saffron Beach will be stepping in with Jane Chapple-Hyam as a jockey after coming out second in the 1000 Guineas.

Technique, trained by Martyn Meade, and the famous Mystery Angel, who is being trained by George Boughey sets the field of the race.

Being owned by the Nick Bradley Racing syndicate, Mystery Angel, who finished fourth in the Musidora, was only able to feature in this race after her owner stumped up to £22,500 for inclusion to field earlier this week as they banking on her to deliver an impressive performance after her pleasing gallop last week at the Epsom.

Speaking about Mystery Angel, Bradley said to the media: “It looks a stronger race than we’d have liked, but we are where we are.

“The track will suit and she appears to be in very good form – she’s in better form at home than she was going to York.

“She looks overpriced a little bit at the moment, I think. We’re hopeful of a good run.”

In other news, trainer Jessica Harrington is set to release a sister of the outstanding pair Alpin Star and Alpha Centauri in the opening juvenile fillies’ maiden (1.20) at Leopards town on Thursday.

At the age of 2, Discoveries, which is owned and bred by the Niarchos family, is the ninth foal out of the unraced Rahy mare Alpha Lupi and also a full-sister to the famous Alpha Centauri.