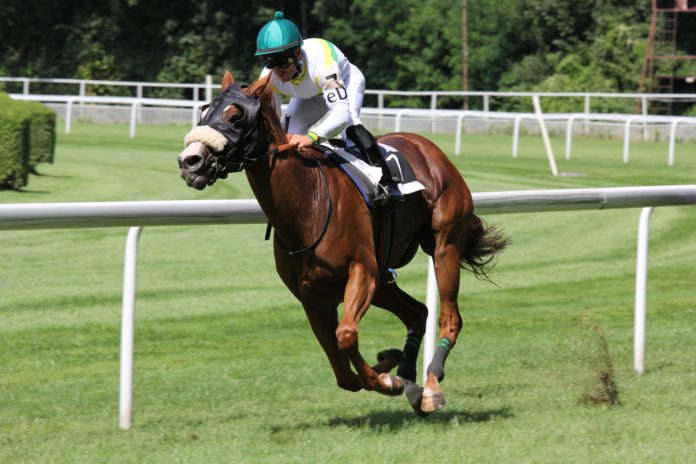 Epatante was one of the stars of Cheltenham Festival in 2020 with a brilliant performance in the Champion Hurdle to win the crown for Nicky Henderson. The French thoroughbred endured a torrid experience in 2019 in the festival where she flattered to deceive as the leading contender for the Mares’ Novices’ Hurdle, finishing in ninth place. However, Epatante managed to find her form over the course of the 2019/20 National Hunt campaign and delivered an outstanding performance to triumph in one of the elite meets of the week.

The arrival of Honeysuckle on the scene in 2021 ended her dominance over hurdles as the British thoroughbred had too much pace for Henderson’s charge to handle. The two horses will lock horns once more in the Champion Hurdle, where Henry de Bromhead’s charge is the overwhelming favourite in the Champion Hurdle betting odds to win the event. Willie Mullins’ Appreciate It is also another contender to watch with outstanding pedigree and could provide drama in the contest by overhauling his rival in a much-anticipated duel.

Epatante should not be overlooked in the contest against the Irish-trained horses. Her performance may define the week for British-based trainers as they desperately attempt to close the gap to their rivals over the Irish Sea. After losing back-to-back races to Honeysuckle, suffering a defeat to close out the campaign in the Irish Champion Hurdle at Punchestown, Henderson’s charge has responded this term with strong performances in the National Hunt.

The French thoroughbred shared the Fighting Fifth Hurdle with Not So Sleepy after the race was called a dead heat at Newcastle Racecourse, the first such result in the history in the contest. The stakes were raised at Kempton Park on Boxing Day in the Christmas Hurdle, where Epatante was the favourite for the victory. On this occasion, she delivered on expectations with a brilliant performance to beat out the rest of the field by a comfortable margin.

Henderson and jockey Nico de Boinville know that they will need a flawless effort from their charge to beat out Honeysuckle for the Champion Hurdle. She has reeled off 14 wins on the bounce, including two over the course of the season in the Hatton’s Grace Hurdle at Fairyhouse and at Leopardstown in the Chanelle Pharma Irish Champion Hurdle, where Honeysuckle defeated the rest of the field by a dominant six-and-a-half lengths. De Bromhead will feel rightly confident that his charge can prevail for a second year in a row, although both Honeysuckle and Epatante could be troubled by the unknown quantity of Appreciate It.

Mullins’ charge was nothing short of sensational in the Supreme Novices’ Hurdle to win by 21 lengths last season, but has not competed since. The Irishman has kept his powder dry and could be ready to unleash Appreciate It on De Bromhead and Henderson without warning. The two past champions are not only in a battle with one another, but a new challenger on the block. Therefore, Epatante must deliver her best to reclaim her crown.