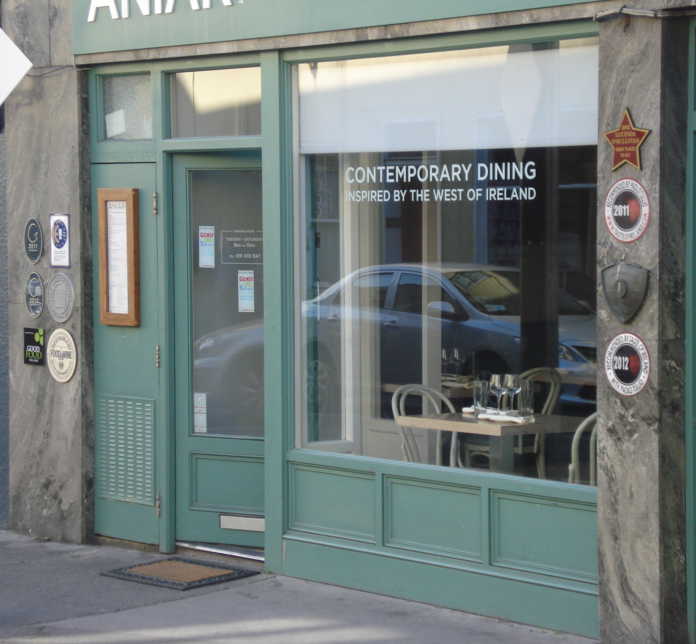 Loam, located just off Eyre Square retained its star as well as JP McMahon’s Aniar which is on Lower Dominic Street.

Twenty restaurants across Ireland retained their Michelin stars, including two Star restaurants Patrick Guilbaud and The Greenhouse in Dublin City.

There was just one newcomer in the Michelin Guide this year, with Dede at the Customs House in Baltimore, Co. Cork being awarded a star for the first time.

This year’s Guide saw the introduction of the new Michelin ‘Green Star’ distinction – highlighting restaurants that are leaders in sustainability practices.

Across the island of Ireland, 19 other restaurants retained their Bib Gourmand awards and there were four newcomers.

“This has been a hugely challenging period for the hospitality industry and our thoughts remain with all those who have suffered from the pandemic and by the restrictions that have been put in place,” said Gwendal Poullennec, International Director of the Michelin Guides.

“We were heartened by the number of chefs who called us during the year to ensure we were still going ahead with the Guide and our yearly awards.

“The Michelin Guide is about promoting the hospitality industry as a whole and we want to shine a light on the hard work, tenacity and commitment of chefs and restaurant teams.”

The Michelin Guide Great Britain & Ireland 2021 is available at https://guide.michelin.com/ie/en