Over the Edge fiction slam 2019 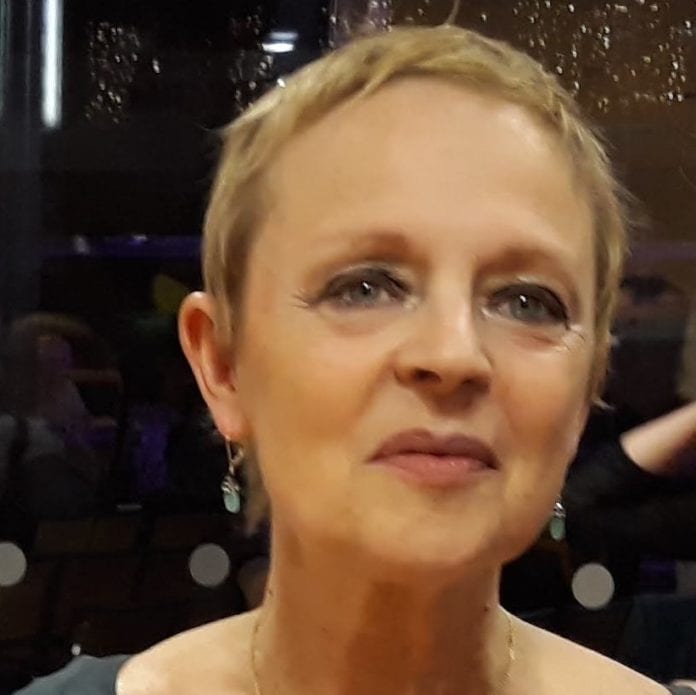 Over The Edge presents its eleventh annual fiction slam with Featured Readers, Liz McSkeane and Niamh Boyce, this Friday, June 28.

The annual Over the Edge Fiction Slam will take place at The Kitchen, Galway City Museum, Spanish Parade at 8pm this Friday.

Award-winning novelist, poet and short story writer Liz McSkeane born in Scotland of Scottish and Irish parents and has lived in Dublin since 1981.

Her début novel, Canticle, was a winner in the Irish Writers’ Centre/Greenbean Novel Fair of 2016.

In 2011,  she was an Irish Writers’ Centre Lonely Voice winner and in 1999, she won the Hennessy New Irish Writer of the Year.

Liz has three collections of poetry which, along with her short stories, have been published in the Irish Times, Poetry Ireland Review, Irish Pages, The Shop, Stinging Fly, Orbis, Stepaway, Gutter Magazine, The Lea-Green Down and others.

This year Lix is acting as the judge for the Over the Edge New Writer of the Year competition.

Niamh Boyce was named Newcomer of the Year at the 2013 Irish Book Awards for her first novel The Herbalist.

The Irish Times described The Hebalist as “The most entertaining yet substantial historical novel since Joseph O’Connor’s Star of the Sea”.

Niamh won the 2012 Hennesssy XO New Irish Writer Of  The Year Award and Emerging Poetry Award for her poem ‘Kitty’, and her short fiction has been widely published in anthologies.

Her Kind is her second novel and has been called ‘Enthralling’ by the Irish Examiner while the  Sunday Independent described it as “Masterful”.

“Boyce delicately unfolds this atmospheric, magical thriller with pace and juice, while also making sure that the sentiments (vilification of women, policing of female biology, etc) echo through time”.

The first twelve fiction writers to make it to The Kitchen on the evening of Friday, June 28th and register will be guaranteed a place in the slam.

So if you want to be sure of a place be sure to get there early!

Everyone taking part should bring two separate pieces of fiction, one for each round of the competition.

The time limit in both rounds is five minutes and extracts from longer stories are admissible.

The Fiction Slam will be judged by a three person jury made up of Niamh Boyce, Liz McSkeane and an audience member.

Three writers will go through to the second round and the prize for the winner is a bottle of excellent red wine to get those creative juices going.

The January Over the Edge Open reading will take place next week for lovers of poetry and prose to get a nice booster shot...
Read more
ARTS & ENTERTAINMENT

Galway singer-songwriter in running to win prestigious Album of the Year award!

Galway student nurse to take to the stage on TG4’s Glór Tíre!

TG4's country music competition Glór Tíre returns to our screens this week, and Emma Donohue from Ballinasloe will be among six hopefuls battling it...
Read more
Facebook
Twitter
Pinterest
WhatsApp