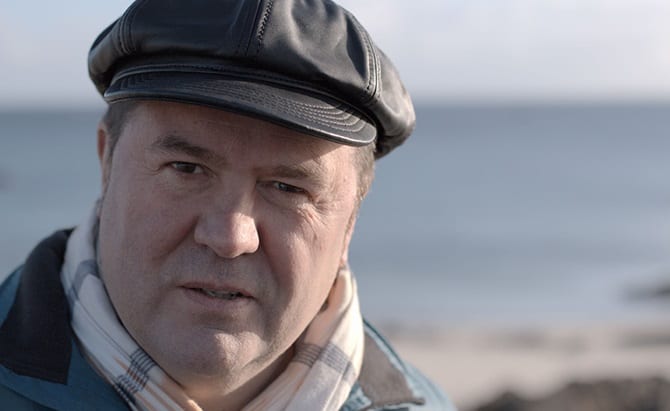 The creative feature-length documentary, directed by NUIG’s Aodh Ó Coileáin and produced by Paddy Hayes of Magamedia Teo looks at how the city and Connemara influenced six different artists.

In turn the lens shows the impact that their work has had on the place where they live.

Galway Street Club also make a guest appearance with their own brand of music that’s much loved in the city and beyond.

“When I first arrived in Galway aged 19, I developed a private mythology of Galway as a city on the edge of the world where one has to turn around to look at the world – to comprehend it,” says Mike McCormack in the film.

He ads that “Galway has a great curiosity about the world as a result.”

Noeline Kavanagh from Macnas, added that “Art happens out of necessity, and certain landscapes are a cluster for that to be released, and I feel that there are some laylines in the West of Ireland that draw a particular sensibility out of people.”

The six artists explore Galway as a confluence of creativity and as a nucleus for artistic endeavour.

‘Cumar – A Galway Rhapsody’ explores the link between artist and environment, looking at some of the diverse cultural influences that have shaped Galway itself and moulded its artistic culture over time.

The documentary will premiere at Galway Film Fleadh, Town Hall Theatre, on Wednesday, July 10 at 2pm.

‘Cumar – A Galway Rhapsody’ will also screen at this year’s Clifden Arts Festival and at Shorelines Arts Festival in Portumna in September.

His last film ‘Fís na Fuiseoige/The Lark’s View’ was premiered to critical acclaim at the Dublin International Film Festival in 2016 and went on to win awards at the Earth Day Film Festival in San Francisco and the London Irish Film Festival.

He said that since coming to live in Galway 30 years ago he’s wondered what it is about the City of Tribes and its surrounding are that creates and attracts so many artists.

This documentary touches on some of the theories that have occurred to him from time to time “the city’s diverse cultural background stretching into medieval times and beyond, the confluence of languages, the rich tradition of music and song, or is it simply the meeting of the waters: river, lake, and sea?”