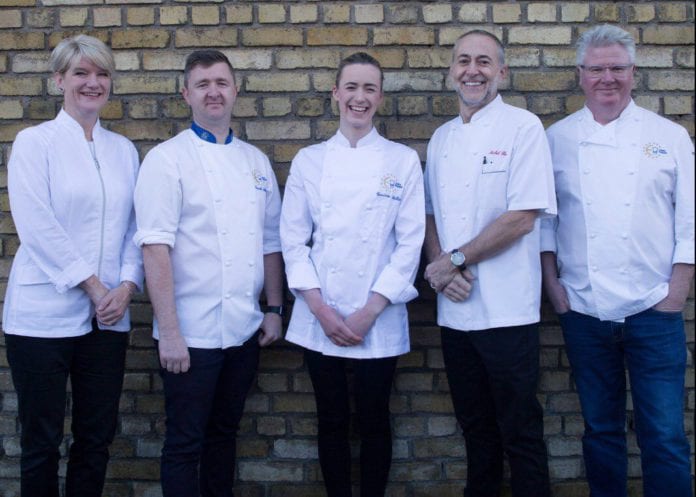 Gráinne Mullins, the head pastry chef at Lignum restaurant in Loguhrea has been crowned the Best Young Chef in Ireland at the Euro-Toques competition.

Euro-Toques Ireland souhght the best chef in Ireland between the ages of 18 and 26, with a specific eye towards demonstrating creativity and a passion for Irish culinary tradition.

Gráinne was a member of the starting team at Lignum restaurant which opened at Bullaun, Loughrea last September.

Lignum places a high emphasis on crafting its menu around the highest quality, locally sourced ingredients it an find, rather than the other way around.

The Irish Times reports that Gráinne was chosen as the winner of this year’s Best Young Chef Competition, which is presented by La Rousse Foods, after being one of eight finalist to emerge from the last round.

The competitors each had to make a two course meal that included set ingredients; a main course with Regan Organic Farm chicken, and either a dessert or starter made with Irish buttermilk or Jersey milk from The Village Dairy.

The competition took place at the Dublin Cookery School in Blackrock in August before a panel of four judges.

Gráinne was chosen as the overall winner of the Euro-Toques Best Ypung Chef Competition at a Gala dinner at the Intercontinental Hotel Dublin on Sunday night.

Euro-Toques Ireland is a community of chefs which aims to preserve Irish culinary heritage by supporting traditional cooking methods and promoting producers of local and seasonal artisan products.

The member chefs and cooks are part of a nurturing community of like-minded professionals who pride themselves on being the custodians of Irish food culture.

Euro-Toques Ireland is a constituent member of Euro-Toques International, a European community representing more than 3,500 professional chefs and cooks with national branches in 16 European countries.