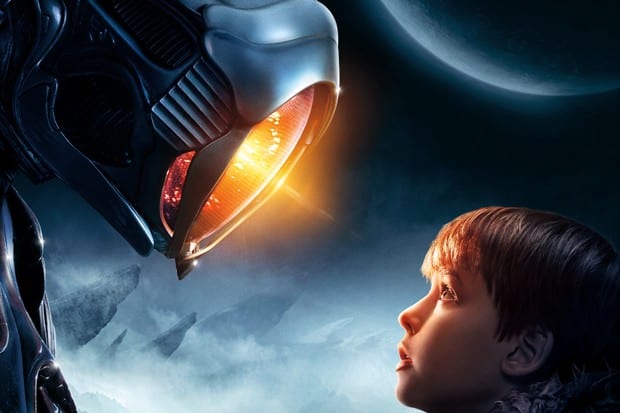 Netflix has been having one hell of a run of original sci-fi offerings lately, with shows like Stranger Things and Altered Carbon.

Though their latest offering doesn’t quite reach those heights, Lost in Space takes the central idea of a decades old franchise and updates it for a sweet story of a family pulling together after finding themselves lost in- you know what I’m not even going to finish that.

On their way to a colony in the Alpha Centauri system to escape environmental devastation on Earth after a meteorite impact, the Robinsons are thrown off course and left stranded on an alien world under strange circumstances.

Now they have only themselves, other cream of the human crop, and a 7 foot robot to rely on. Huh, it doesn’t sound as bad when you say it like that.

When this show was revealed it seemed an odd choice of franchise to reboot. I found myself asking if there was much of a crossover between Netflix subscribers and people who are nostalgic for television from the 60s.

But maybe they had to look back to find something a bit more wholesome for inspiration. I can’t really think of much other sci-fi or fantasy on tv right now that could be considered family friendly viewing. Yes the show is cheesy at times, but it never approaches the level of silliness the original was (supposedly) known for.

Of course any reboot is always going to be judged against its source material, whether it’s via call-backs or by making changes. The problem with having call-backs is that they rely on the viewer being familiar with original.

Moments like the introduction of the Robinson’s off-road truck thingy, the Chariot, fall flat despite a swell of music and a dramatic camera pan to let you know this is a reference, because there was no emotional connection to what it was referencing.

Other changes, in particular those made to the Robot and main antagonist Dr. Smith work better. While I expect some of those decisions were made simply to sidestep the expectations of curious googlers like myself, they add depth to the show and its mythos while making it less dated.

The Robot, originally a gimmicky side character, becomes a driving force of the show here as it’s changed to an alien killing machine that bonds with Will Robinson and scares the piss out of most everyone else.

Its stiffness and unreadable “face” made of swirling lights make it an often off-putting presence, even when it’s protecting Will and others. The fact that it looks like it’s made out of knives doesn’t help.

Parker Posey’s character Dr. Smith, who serves as the series main antagonist, gets a more uneven treatment. Here she is a con-woman and manipulator who wants to get to the colony on Alpha Centauri to escape her criminal past, rather than a painfully dated Cold War analogy as a foreign saboteur.

As someone who’s only goal is survival on a hostile world, Smith can be working with or against the Robinsons from moment to moment based on the circumstances. But her character’s nuance is undermined by a scenery-chewing performance by Posey and over the top dialogue that makes you want to slap the other characters for not seeing that she’s lying with every breath.

The Robinson family themselves get a few changes to the mix as well. Maureen (Molly Parker) and John (Toby Stephens) Robinson are separated, but travelling together on this mission for the sake of their kids. And the kids all have issues of their own. Without straying into teen drama territory.

There have been far more hits than misses with young characters in the history of television. Either because older actors are cast in younger roles (tv could make you think rapid aging diseases are a common occurrence), or because adult writers trying to sound like kids end up sounding like a robot doing an impression of a human pretending to be a kid. Badly.

Thankfully that isn’t the case here. Judy (Taylor Russell), Penny (Mina Sundwall), and Will Robinson (Maxwell Jenkins) are charming and occasionally annoying in that way kids are. More importantly, they actually react in believable, human ways to some pretty traumatic events.

Add in some top-notch production values and Lost in Space is another good addition to Netflix’s stable of shows that steal 13 hours of your life before you realise it.