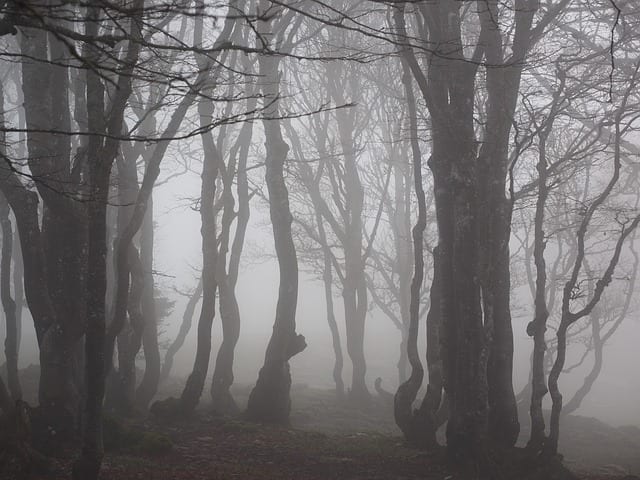 ‘Tis the season for scares, and most Galwegians celebrate Halloween by dressing in costumes, watching spooky films on Netflix and reading creepy stories on Reddit (pro tip: don’t read that thread alone at night).

Halloween is famously thought to come from the pagan Irish festival of Samhain, a celebration of the end of the harvest season and the beginning of winter – the darkest part of the year.

It is also the mid-way point between the autumn equinox and the winter solstice, a liminal time when pagans thought the separation between our world and the next is thinned.

This is why ghosts and ghouls – or in ancient times, the Aos Sí or spirits – are thought to be more active at Halloween.

And nowhere in Ireland does Halloween better than Galway, with the always magnificent Macnas parade celebrating and appeasing the otherworldly spirits every year.

But for a real-life ghostly experience, look no further than some of the state’s most haunted ruins and lonely roads.

Here’s a handy list of some of the creepiest spots in the county. 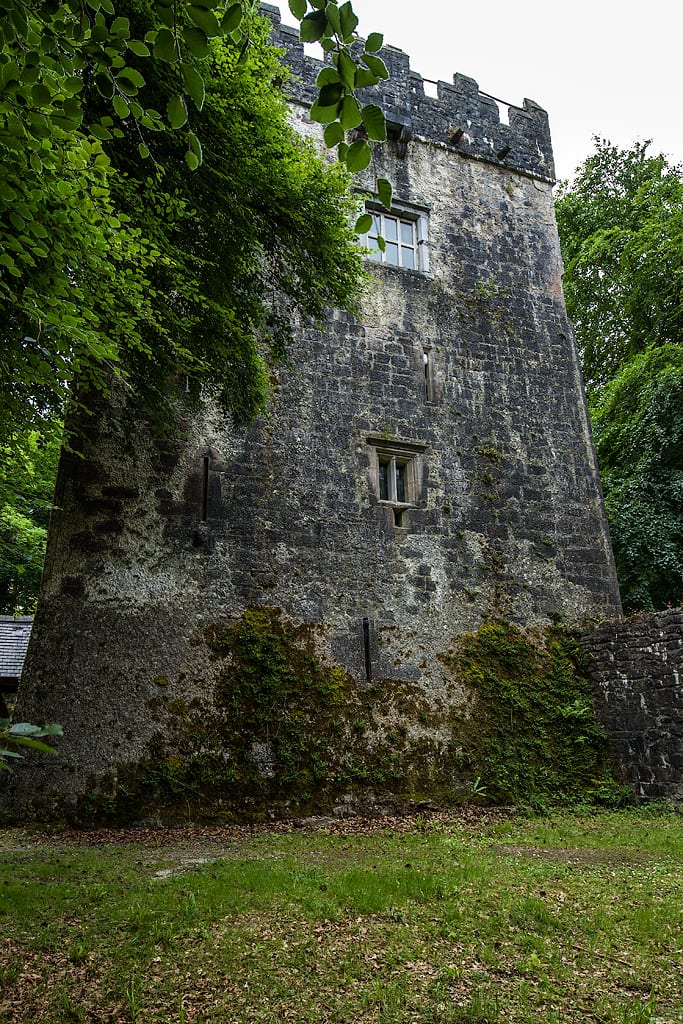 According to legend, the ghost of a tall man attached itself to a mantelpiece in this house.

When a stoneworker took the piece away, the ghost followed both it and him and began to haunt his workshop.

Items were thrown around, and strange fiddling could be heard at night.

It is unclear whether the new owner returned the mantelpiece or smashed it up. 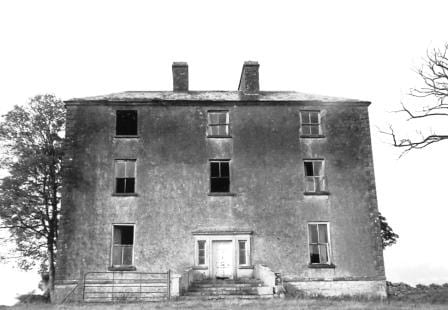 It is reported that from the ruins of Rathpeak house, a young girl has been spotted standing by an upstairs window.

The young girl’s identity is unknown.

There have also been further reports of strange, loud bangs drifting from the empty building from time to time.

However, there is now no sign of the house and there are modern farm sheds at the stables.

Family history sources suggest the house was demolished in the latter years of the twentieth century. 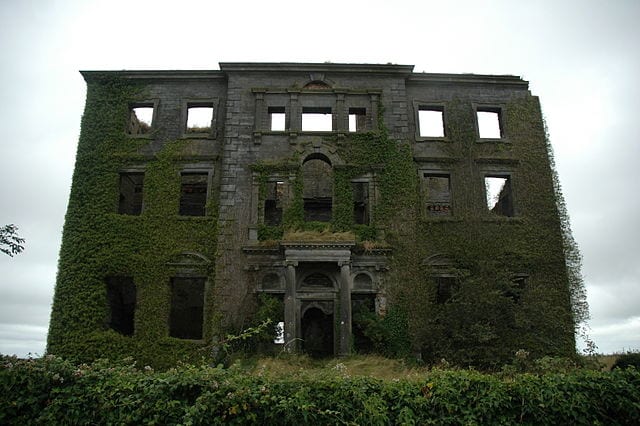 Some believe the ghost of Christopher St George still haunts the ruins of his family home.

His Protestant family is said to have disowned him due to his relationship – and eventual marriage – with a Catholic woman.

However, Christopher St George went on to become an Irish member of Parliament and helped start the Galway Races at Ballybrit.

He was suspected of being complicit in the murder of John Jenkinson Heather on his property in the mid-19th century.

The house was eventually abandoned, and in 1920 it was burned down by the IRA in the Irish War of Independence due to rumours it might be used as a Black and Tan infirmary. 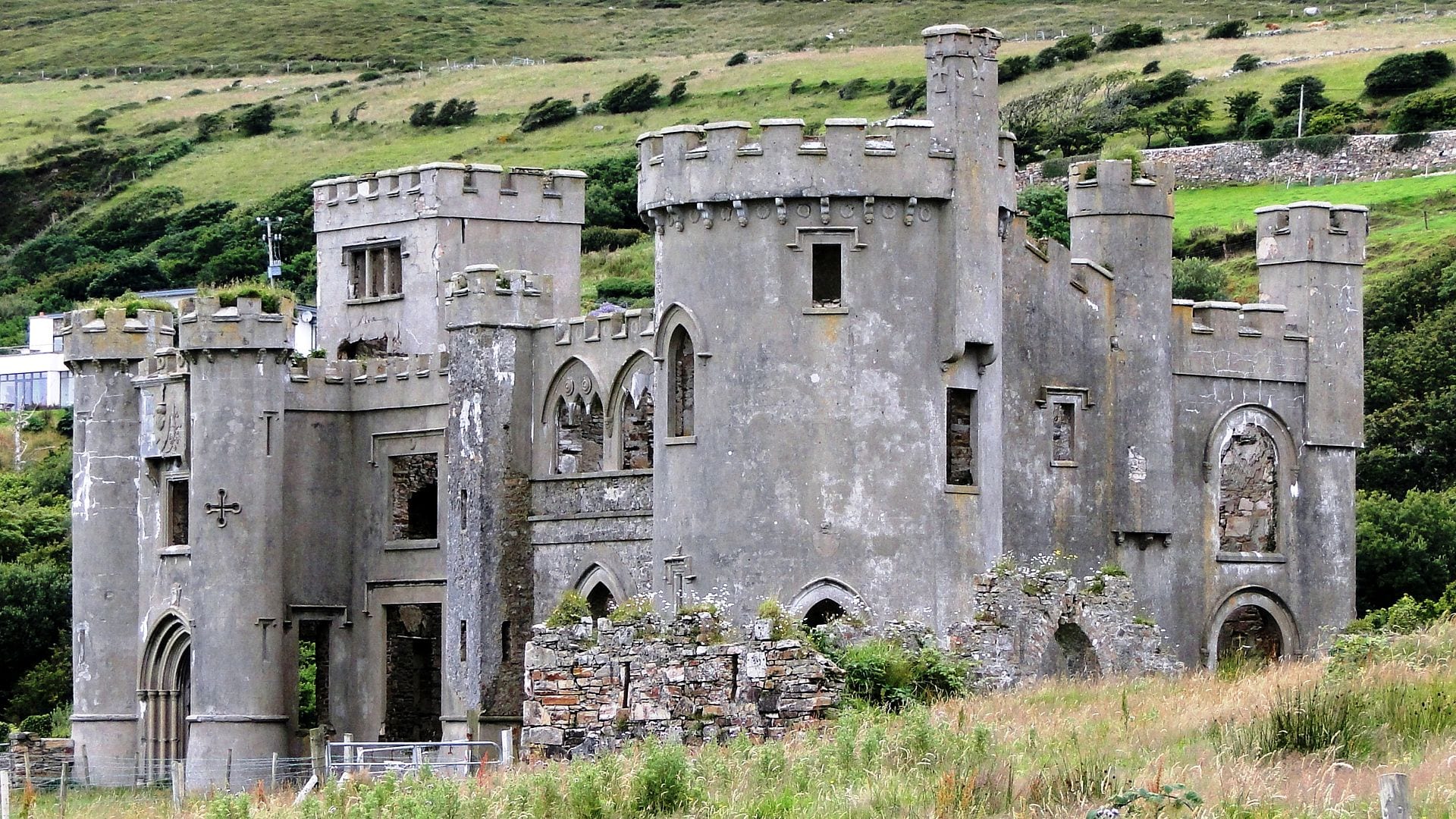 Clifden Castle was built for town founder John D’Arcy in 1818.

After his death the family home passed to his son Hyacinth, who was the owner when disaster struck in the form of the Great Famine in 1845.

Many of the family’s starving tenants – suffering from hunger, weakness, and fever – gathered on the castle lawn to plead for work or food.

But no help was given from the struggling landowner – the estate itself went bankrupt and was sold a few years later.

It is said that some of the stricken tenants died right on the castle grounds, and their spirits can sometimes be seen and heard on the property.

This historical house – now a hotel – is thought to be one of the most haunted places in Ireland.

Doors are said to open and close unaided, echoing groans and ghostly footsteps can sometimes be heard, and even furniture and bedsheets have been spotted moving of their own accord.

Among its many reported ghosts are a man who strangled himself with bare hands, figures and faces seen reflected in mirrors (often as ladies are undressing), and one phantom known as ‘Old Mrs. Gogarty’.

W. B. Yeats himself – a famous believer in the paranormal, and a close friend of 20th-century owner Oliver St. John Gogarty – stayed here often with his wife.

Georgia reported seeing the ghost of a young boy, but many believe her husband never left – as after his death a new ghost appeared, a tall man in tweed. 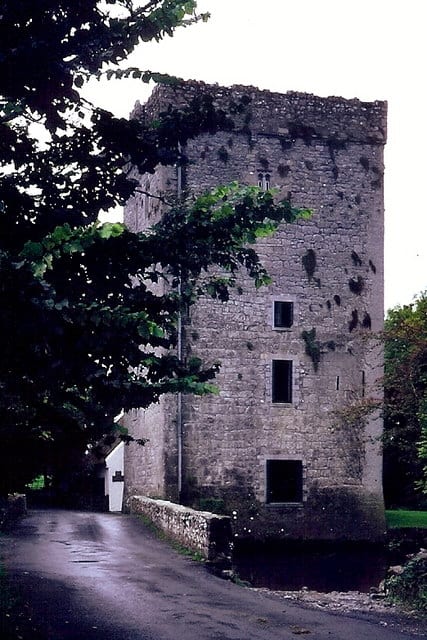 Also linked to the Yeats family, this 16th century tower house near Coole Park was purchased by Yeats for a summer home.

Yeats thought the house was haunted by the spirit of an Anglo-Norman soldier who was sometimes seen floating in the stairway.

The tower was opened to the public after its restoration in 1965.

In 1989 while on holiday David Blinkthorne snapped a photo in what had been the sitting room – only to see the shadowy outline of a ghostly child. 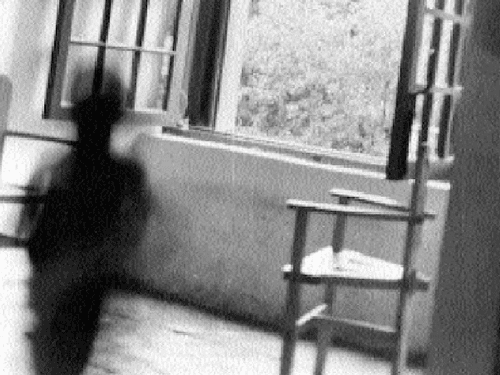 It is known as the Blinkthorne Ghost. 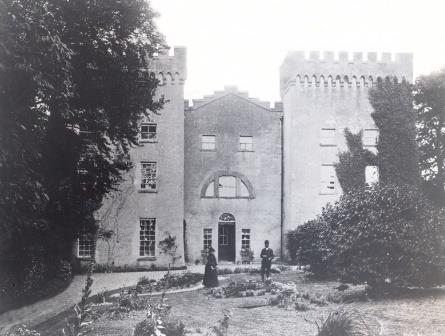 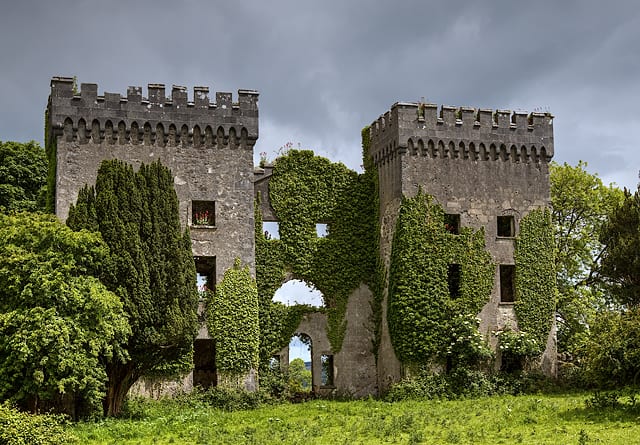 Although most of this 19th century mansion is now gone, it is said that sometimes the eerie echoes of a party can be heard there, with ghostly music and laughter.

Some say that if you continue listening to the celebrations they end in screams and cries for help.

This haunting could be related to the Daly home from the 1800s, or to the much earlier 16th century Blake tower (on the left) that was incorporated into the facade. 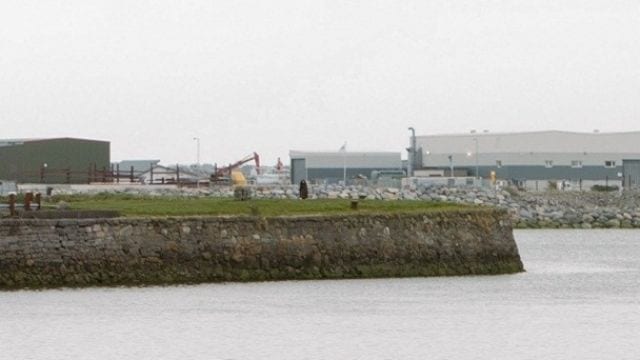 Six years ago a photo by Jonathan Curran went viral after the image of what seems to be a nun in 19th century Claddagh dress appeared in one of his photos of the Long Walk.

She was not in any of his previous twelve photos of the same spot, nor was she visible before or after the photo was taken.

The ‘nun’ seems to be looking directly at the camera. 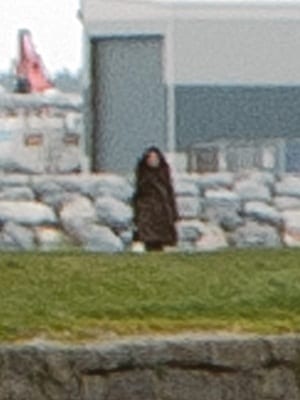 According to the photographer, she just seemed to appear for a moment and then disappear.

Is it a ghost? Someone in an unfortunate outfit who happened to pop up instantly and leave again with no trace? We’re still debating. 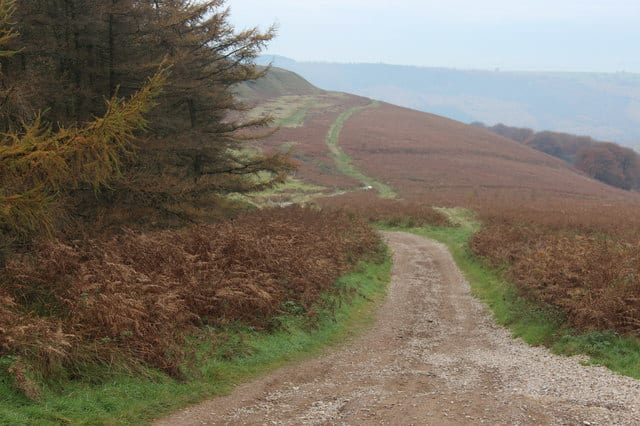 The Old Man at Maam Cross

Although the exact location is unknown, there is a phantom that haunts an old dirt road running along a hill near Maam Cross.

Sightings of a sad old man standing in the middle of the road after a sharp bend have been reported.

It is said that the old man doesn’t move and that cars (and even people in the car if they’re sitting in the wrong spot) have passed straight through his ghostly presence.

And after the old man passes through the car, if you look back you will see the old man gazing at you very sadly.

Built in the late 1700s by the first Baron Ashtown, Frederick Trench, the family lived in splendour for over a century until the house was sold in the 1970s.

Now currently falling into ruin, the house was also the home of a man who was accused of sexually assaulting two boys in Dublin but who escaped prosecution for the crime.

Much later, rumours of a tragic suicide in the grounds – the owner is said to have shot himself there in 1978 – have helped fuel ghost stories around the abandoned building.

Many people who nose around the property have reported banging noises, creeping shadowy figures, running footsteps and wails and screams.

The team behind the film ‘The Blair Witch Project’ are said to have stayed in the house while filming a documentary in Ireland.

It was purported to be the scariest house they stayed in during their time in the country.

Do you believe in ghosts? Have we left out a haunted house in Galway? Let us know in the comments!