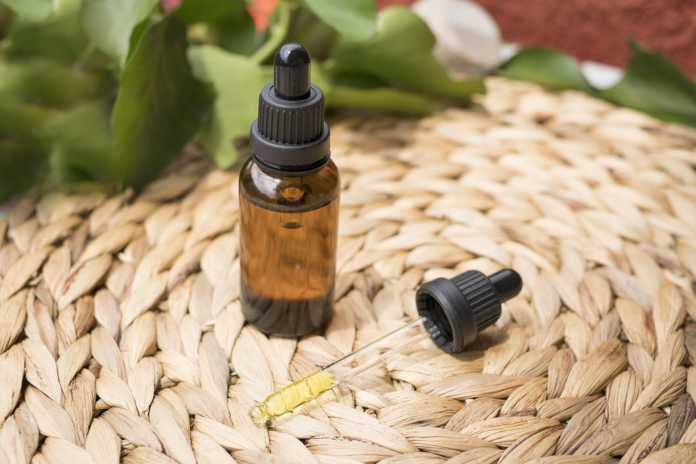 CBD has become one of the most rapidly growing wellness trends in Galway & Ireland in recent months and years, with people using an ever growing range of CBD oils, consumables and other products for themselves, and even for the family pet as well, through options such as CBD oil for dogs.

CBD products are derived from hemp, a variation of the cannabis plant, but one which has been grown to contain much lower levels of THC, the main psychoactive ingredient of cannabis.

There has been growing interest in CBD oils and products in Ireland for some time, with dedicated online stores and brick and mortar dispensaries. But they can even be found on the shelves of high street chains like Holland and Barrett.

Brian Cusack, who runs the Irish online CBD store DrHempMe.ie, says that while CBD oil for dogs has always been available, it has only been in the past year or so that he has seen any real growth in interest.

“It’s only since last summer that we’ve really started getting sales, and over the last three months it’s just gone through the roof. We’re selling nearly as many pet oils as we are CBD oils for humans.”

The vast majority of the enquiries they receive are people interested in CBD oil for dogs he says, with less interest from other pet owners.

The legal situation regarding CBD products in Ireland has been very fluid in recent months due in the most part to confusion regarding discrepancies in the law. This has resulted in a position where most businesses have not seen enforcement from the Gardaí, but there have been some notable exceptions.

Late last year the European Court of Justice made an important ruling which will have a wide impact on the future of businesses selling CBD products, setting an important precedent on how they should be treated under the law in the EU in a widely observed French case.

While the case itself was more related to the free movement of goods, whether CBD products lawfully made in one state could be marketed in another, the court also had significant points to make regarding the view of CBD oil as a drug.

The ECJ noted that the CBD in question, made from plants with a THC level of below 0.2%, “does not appear to have any psychotropic effect or any harmful effect on human health on the basis of available scientific data”.

The court also noted that “since CBD does not contain a psychoactive ingredient in the current state of scientific knowledge”, it should not be viewed as a “drug” under international law.

The ECJ has essentially ruled that if CBD oils or similar products are produced and sold with THC levels below 2%, they should not be treated as narcotics.

In Ireland, the current legislation of note is the Misuse of Drugs Act, which treats products with any level of THC as cannabis, but this is expected to change before long, in part due to this ECJ ruling.

After recent high profile raids on businesses selling CBD products, An Garda Síochána have said that it is expected that legislation will be amended in the future to exempt CBD products that contain less than 0.3% THC.

Brian Cusack said that from his consultations with the Hemp Federation of Ireland, it is hoped that all of the grey areas in legislation will be ironed out in the next six to seven months, allowing properly tested products such as CBD oils for people or CBD oil for dogs in Ireland to be freely sold as food supplements.

In the past he had feared that the Irish government would go down the route of regulating everything hemp related under the same umbrella as medicinal cannabis. At a basic reading, the ECJ ruling would seem to say that this should not be the case, as it states that CBD products are not drugs.

Even with the concern about the specific legality of the business, there has been growing demand for CBD Oils in Ireland, which has only become more pronounced in the past year.

Brian said that he estimated that roughly one in twenty people in Ireland is using some form of CBD or cannabis product, far less than in places like the United States, but still a rapid growth in a country which has historically attached a stigma to something seen as related to cannabis.

Those attitudes have shifted even further during the lockdowns we have endured in the past year he feels, as “being locked inside seems to be increasing anxiety”.