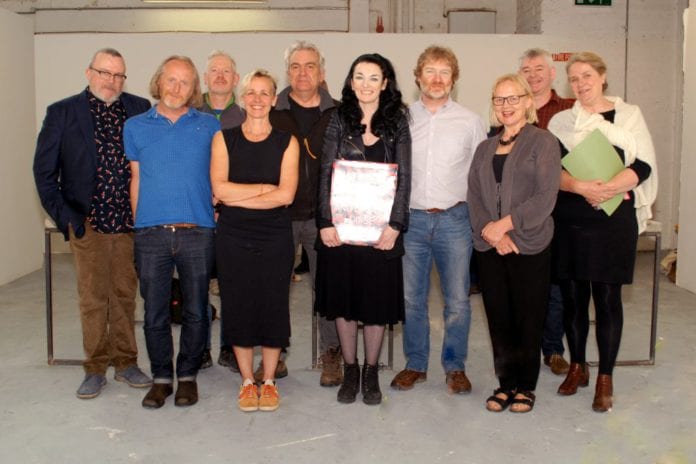 GMIT graduate and sculptor Aideen Barry has been elected to the Aosdána, an assembly of the best living artists in Ireland.

Founded in 1981, the Aosdána was established by the Arts Council to honour artists for their contributions to Irish society and to support them in their artistic endeavours.

Membership is capped at 250 living artists from a range of creative disciplines who are elected by their peers.

Members of the Aosdána are entitled to an annual grant, known as a cnuas, worth €17,850 a year for five years.

Aideen Barry, a graduate of the BA in Fine Art, Sculpture at GMIT, was one of six new members elected at the annual general assembly in University College Cork.

Staff and students in GMIT’s School of Design and Creative Arts gathered in GMIT’s Cluain Mhurie campus recently to pay tribute to Aideen and celebrate her success.

Lecturer and sculptor Ger Leslie, Aideen’s former tutor, said that they all shared incredible pride in her achievement.

“It is fantastic to see Aideen receive this recognition so early in her career. I believe she is the youngest member elected to date.”

Not only was it an incredible recognition for the work she has done Ger said, but it was an honour for GMIT to have one of their alumni sit on such a prestigious body.

“Successful alumni are a motivational force for us all but they are a particular inspiration for our students and their developing practice”.

As well as creating her own work Aideen Barry also now teaches sculpture to art students in Limerick.