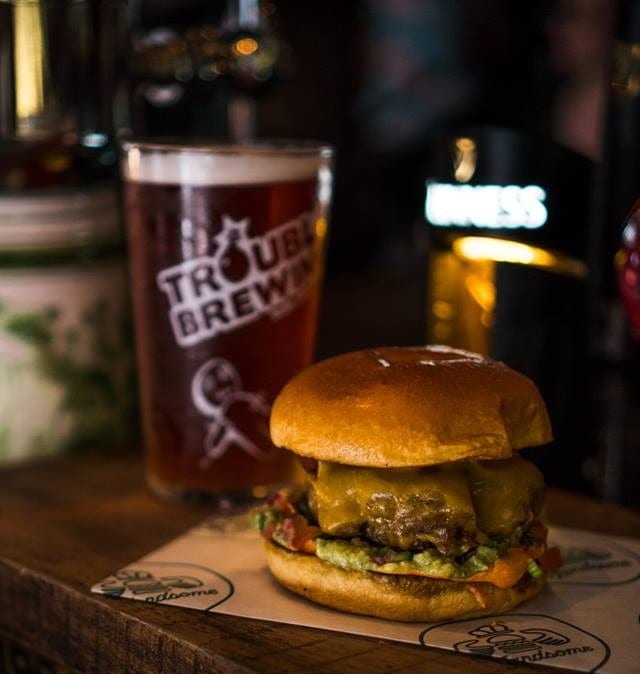 Today is National Burger Day, and in the run up to holiday of deliciousness the Irish meat manufacturer Kepak have been asking people to nominate their favourite burgers.

With over 20,000 votes cast Handsome Burger officially won the grand prize yesterday after coming in as runner up last year at the inaugural competition.

Founded by friend Rory McCormack and Cathal O’Connor, they started out as a pop-up stall in 2017 before getting their break working out of the kitchens of Woodquay’s craft pup Caribou.

The lads’ burgers proved a massive hit with Galwegians and these days they have their own restaurant on Dominick Street.

Just this month they launched a new special recipe celebrating the best producers in Galway, the Back 2 Black.

Last year’s winners The Hungry Moose in Kilkenny took the runner up spot this year.

As part of National Burger Day, all the more than 500 businesses which registered to compete for this crown are offering 2 for 1 on burgers today.

To find a spot near you check out the list at nationalburgerday.ie.

The full list of winners at this year’s competition is:

Best national burger at a…

The Butcher Restaurant in Kilkenny

Connacht: Flipside in Sligo
Leinster: The Hungry Moose in Kilkenny
Munster: West Cork Burger Company in Cork
Ulster: The Hatch in Down