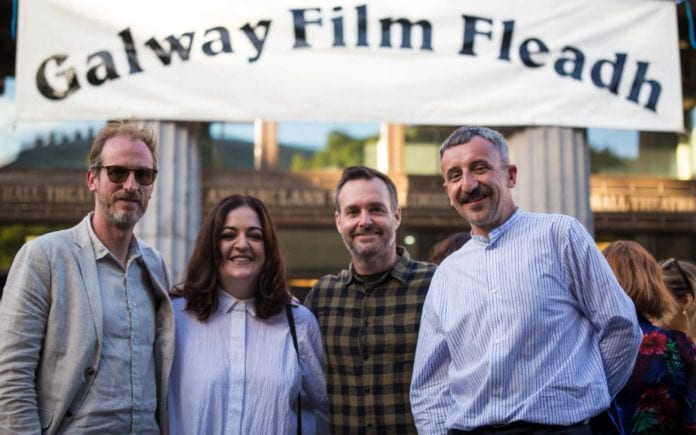 On Sunday July 14, 2019 the 31st Galway Film Fleadh came to a close after another outstanding year of Irish and international film premieres, screenings, workshops and discussions.

On the last day of the festival, the film fleadh held it annual awards honouring the very best of the filmmakers working in every discipline who brought their work to showcase in Galway.

The full list of winners at the 2019 Galway Film Fleadh is as follows:

Best International First Feature  –  The Best of Dorien B.

The Best of Dorien B. is a comedy-drama about a woman who rediscovers herself amid chaos as all the pillars of her life begin to fall down.

Stage: The Culinary Internship follows a group of interns during a nine month apprenticeship at one of the best restaurants in the world, Mugaritz as they fight to cope with the exacting standards.

This two part feature follows the struggles of two women fighting for the survival of their community arts venue when a celebrity couple comes into their sleepy town with an enormous competitive arts space that starts sucking up funding.

Having fled his country, David had to leave behind the man he loves. He remembers him, their life together and what they were trying to hide.

Roadkill is a stop-motion animated thriller. In a world where deer are the dominating species, one alpha male goes for an evening car ride and has an unfortunate accident.

Mohamed is a hardened shepherd living in rural Tunisia with his wife and two sons. He is deeply shaken when his oldest son Malik returns home after a long journey with a mysterious new wife.

An intimate yet epic journey into the female experience of war, the film tells the story of Waad al-Kateab’s life through five years of the uprising in Aleppo and the choices she has to make to protect her daughter.

The FICC jury awarded the Don Quijote prize to Featherweight for its touching storytelling style and expressive animation dealing with the universal theme of grief.

In Victorian London an overworked writer, Abe, is inspired by his day job in the theatre to create a bloody brilliant novel.

The Donal Gilligan Award for Best Cinematography in a Short Film in association with Irish Society of Cinematographers  –  Rip to the Rescue!

In a post-apocalyptic Irish midlands, an overconfident American jet pilot tries to rescue a beautiful young woman from her domineering mammy.

In an encounter between innocence and assumed evil we witness the daily struggles of an imprisoned 21-year-old.

The Best First Short Drama in association with Mazars  –  Bainne

Ireland, 1851. A farm hand at the end of the Great Famine encounters a ghostly female figure leading him to a new hope.

A lonely young boy builds a unique bond with an unsuspecting creature and learns that sometimes it’s better to let go and move on.

The James Horgan Award for Best Animation  –  Streets of Fury

Violent Max Punchface gets trapped in an alien land with only some friendly sheep for company/punch practice.

Over the course of a fraught evening Cynthia navigates her once familiar circle of friends and comes to realise that some bridges can’t be mended.

A offbeat, mysterious, fantasy drama of redemption in the circus.

Pitching Award in association with 101 Films  –  What Would Rocky Do?

Filmed over 10 years and covering a lifetime, Breaking Out is the story of singer and musician Fergus O’Farrell who touched thousands of lives even as his own slipped away.

When fun loving single mum Pamela becomes pregnant, her relationship with her uptight daughter, Allegra is tested as the two navigate pregnancy and teenage hormones.

The Galway Hooker Award for Outstanding Achievement
The recipients are

Rose is a sweet, lonely driving instructor with supernatural abilities called ‘The Talents’ that allow her to communicate with spirits.

Rose has a love/hate relationship with her gifts and ignores the community’s requests to investigate bizarre happenings in town.

When widower Martin, haunted by his nagging ex-wife Bonnie, contacts her for help she has to at least consider the job.