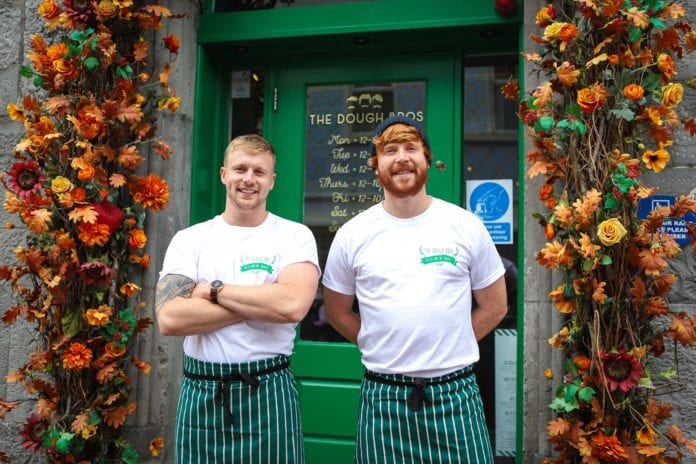 Galway’s Dough Bros have been named among the Top 50 Pizzerias in all of Europe by a prestigious panel of judges in Milan earlier this month.

The Dough Bros were one of just two Irish Pizzerias to make list compiled by the ’50 Top Pizza’ Guide, and not only featured, but were ranked at 21 in all of Europe.

This is the first time that a pizza joint in the west of Ireland has made the list.

“We were visited unannounced at our restaurant on Middle Street, upon that visit we were unknowingly judged on the pizza, the ingredients, the execution of the cooking etc but also the standard of service, experience, beer and wine list,” explained Eugene Greaney, one of the two Bros behind the Dough, along with his brother Ronan.

In February of this year, they heard from Top 50 Pizza that they had been visited, and would learn in the coming weeks if they made the grade.

They awards ceremony was supposed to take place in Milan in September, but due to the pandemic it couldn’t go ahead in person, even as the brothers found out that they were among the winners.

“This was surreal. We were all in different houses and away from each other so even though we were over the moon about our Top 50 news,” Eugene says.

“We really didn’t feel it as we were apart and in the midst of this pandemic, it was almost like it didn’t seem real.”

Though they disappointed not to be able to go to Mila, the organisers went ahead live streaming the prestigious event instead, so the brothers decided to put on their own little black tie event at home with the people who have been with them since the start.

Eugene and Ronan started the Dough Bros in 2013 as a food truck that featured in the city’s farmers market.

They their first taste of working at a full premises with a pop up shop on Abbeygate street a year later before moving to their current home on middle street.

Along the way they’ve picked up awards from the Irish Restaurant Association and the prestigious McKenna Food Guide.

The secret is in the making and dedication to quality every time as they prove their dough for between 48-72 hours then pair it with seasonal local produce and finally cooking it in a 500-degree Stefano Ferrara wood fired oven.

And now this latest honour from some of the greatest judges of what makes great pizza proves that this painstaking search for quality has paid off in spades.

“To be in the TOP 50 was a lifetime achievement in itself but to be named at no 21 was something we are incredibly proud of,” Eugene and Ronan said.

“Our goal was to revolutionise pizza in Ireland and put Irish Pizza on the International map, and it feels like we have done that.”