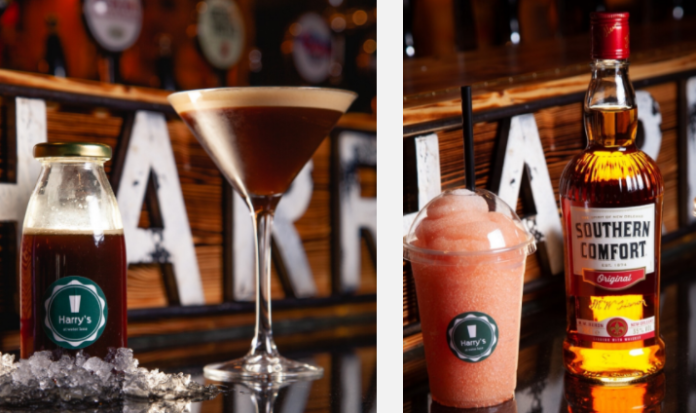 Harry’s Bar in Bohermore has staved off opposition to take home the title of having the Best Takeaway Cocktails in the country.

Harry’s beat three shortlisted businesses in Dublin and one in Wicklow in the cocktail category of the Just Eat National Takeaway Awards.

Other local businesses were not as lucky, with Boojum, Papa Rich and Lana, Salthill just missing out on taking home awards of their own.

Over 23,000 votes were cast for local and independent takeaway eateries right across Ireland in recent weeks, with the nation out in force to show its support for a distressed but resilient restaurant sector.

“We continue to be inspired by the responsive efforts of our colleagues in the restaurant sector but also by the reaction of local communities right across Ireland who have engaged in record numbers with this year’s Just Eat National Takeaway Awards,” said Amanda Roche-Kelly, Managing Director at Just Eat Ireland.

“These awards have always been about giving our customers the opportunity to support their local restaurant, celebrating excellence in the industry.”

Amanda said that this year in particular, the level of public engagement has been phenomenal.

“During the early stages of the pandemic, our resources were focused on delivering a safe and reliable service to our customers, getting restaurants online so that they could remain trading, efficiently,” she said.

“Further investments in support packages and an expanded infrastructure were later introduced to help them to deliver their much-loved food to more and more people during these hugely difficult times.

“The Just Eat National Takeaway Awards are not just about celebrating and supporting the 2,900 Just Eat restaurant partners, but also those hard-working owners of local and independent restaurants who have adapted their own business model in response to the changing needs of their local communities.”

Galway bars shortlisted for the Best in Ireland