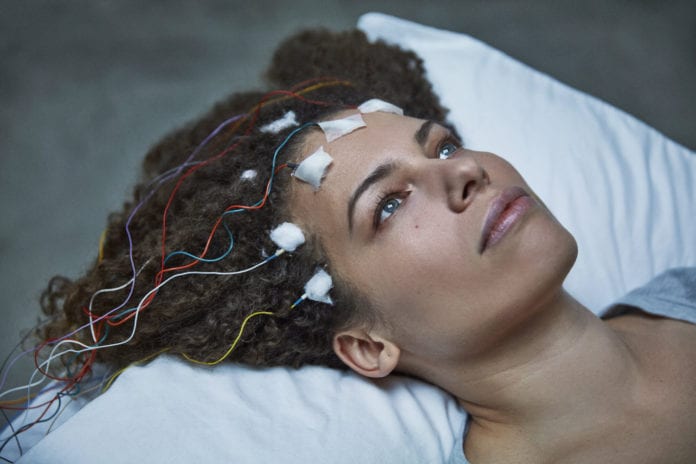 The Galway branch of the Irish M.E/Chronic Fatigue Syndrome Association  is holding a special screening of the documentary Unrest on Saturday May 12 at the Connacht Hotel to mark International M.E Awareness Day.

Myalgic Encephalomyelitis, commonly diagnosed as Chronic Fatigue Syndrome, is an affliction of unknown causes which can leave patients suffering from flu-like exhaustion, impaired memory and concentration, joint and muscle pains that can develop into arthritis, and a host of other symptoms.

Director and subject of her own film, Jennifer Brea was a 28 year old student at Harvard on the path to her phD when she became bedridden after a mysterious virus.

After her symptoms persisted, and doctors refused to believe her about what she was going through, Jennifer decided to document the her own condition and uncover the stories of others hidden in homes around the world.

“Unrest is a personal documentary. When I was 28, I became ill after a high fever and, eventually, totally bedridden. At first, doctors couldn’t diagnose me, and later began telling me that either there was nothing wrong with me or that it was in my head.”

The unfortunate fact that medical professionals often refuse to treat M.E as a real condition, or assume that people who present with its symptoms are simply exaggerating or imaging things is something that’s only started to change in the last few years.

Though often confined to bed by her condition, Jennifer used Skype to connect with four families going through the same journey as her.

Unrest weaves together those tales to challenge some of the stigmas surrounding M.E. That, even if it does exist, ti can’t possibly be a life-altering affliction.

“As I began searching for answers, I fell down this rabbit hole and discovered a hidden world of thousands of patients all around the globe, many of whom had disappeared from their lives and used the internet to connect with each other and the outside world.”

Confined to bed for most of the production, Jennifer relied on a global team of assistants to do the filming; Patricia E. Gillespie in the US, Lindsey Dryden in the UK, and Anna Troldtoft Hjorft in Denmark.

Often called a hidden disability, not just because it doesn’t show as visibly as other conditions, but because many of the people who have M.E are trapped inside their own homes, or in the worst cases even their own bed.

While the seriousness M.E’s symptoms can vary from day to day and person to person, there is no real treatment and everyone who suffers from it is forced to accommodate the way it changes their lives and the possibilities it takes from them.

It affects some 12,000 people in Ireland, and mostly presents in people between 20 and 50 years old.

Coordinator of the Galway M.E support group Orla Ni Comhrai, who is organising the film screening, says Unrest, “provides a window into the world of the ME sufferer that is normally hidden from view, and so this film helps to make the invisible visible.”

Unrest premiered at the 2017 Sundance Film Festival where it won a special award for editing and had a limited theatrical release afterwards.

The film screening will take place at The Connacht Hotel on Saturday May 12 at 2:30pm. Attendance is free with no need to book ahead.