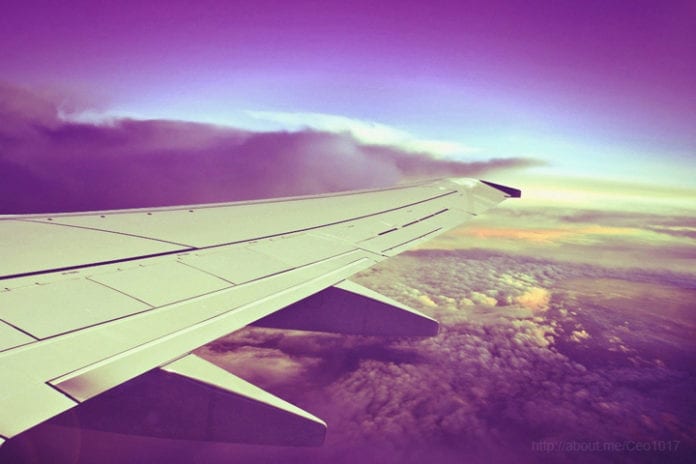 Oisín Garrity has given up on Ireland. When asked why he chose to move to Vietnam, the now 28-year-old Bundoran native says simply, “I was tired of being unemployed.”

This is a familiar refrain for the large number of young Irish citizens emigrating.

Although the pace has slowed in the past couple of years, with positive net migration in Ireland for the first time since 2009, the number of Irish nationals leaving is still higher than the number coming back.

Mr Garrity is tall and lean, with a scraggly beard, wire-rimmed glasses, and blue eyes that narrow in a fierce scowl when he talks about the two years he spent looking for work after graduating from NUIG with a physics degree.

“I had a degree, and I worked very hard for four years to get it…we were promised the world, in the degree. But when we left, there was no work to be had,” he says.

In the meantime he took two part-time jobs, as a lab assistant and a substitute English teacher, supplementing his income with the dole when his hours decreased. But he felt like he was simply treading water.

“It wasn’t a long-term solution. I could exist quite happily within the system, but I was not living up to my potential.”

Mr Garrity applied for hundreds of physics jobs; of these, he heard back from only 20. “Out of the two years, I only got one interview for a physics job. It was clear that I wasn’t wanted in Ireland. That was abundantly clear.”

With two years of making ends meet but no real career experience to show for it, he decided to stop applying for work in his field and start applying for English teaching jobs. A cousin of his had an English school in the Ukraine, and he’d heard there were a lot of opportunities.

So he did the CELTA — an English teaching qualification — and immediately got a job in Hanoi, Vietnam.

“I applied for one job English teaching…and the first job I applied for, I got. So I took that as a sign: if Ireland doesn’t want me anymore, I’ll just leave. So I left.”

At first he found moving halfway across the world scary. Hanoi was a “cesspool of chaos”, a “completely alien planet” in which simple tasks such as finding an apartment or opening a bank account were far more complicated than back home.

But eventually he acclimatised to his new life in the Eastern hemisphere. And when asked if he ever regretted his decision to move away, Mr Garrity is unequivocal: “Not for a second.”

He says as tough as it was at first, he knew that if he’d stayed in Galway he’d just be living the same life, “working in jobs that have absolutely no future.”

Now unemployment is falling and emigration is slowing.

After three years of living in Asia, splitting his time between Vietnam and Japan, Mr Garrity is back in Europe.

But not in Ireland. He is currently living in Berlin completing a masters degree in physics.

He decided to come back to Europe partly because he’s tired of teaching English, and partly because most of his peers now have masters degrees or PhDs. “Maybe I’m feeling a bit left behind…I don’t want to be an English teacher for the rest of my life,” he explains.

He looked all over the world for good masters programmes, including in Japan, Hong Kong, and Brazil.

But in most countries — including Ireland — masters programmes are expensive. In Berlin, it’s free.

It’s not as if he doesn’t enjoy life in his native land. “I do love Galway,” he says.

He feels more at home in Galway than he does anywhere else in Ireland, although he grew up in Bundoran and now lives in Swinford, County Mayo, where his mother grew up.

When asked if he’d come back after getting his masters degree, Mr Garrity pauses before answering thoughtfully, “Probably not.”

For him, Ireland represents “the country that wouldn’t give me a job no matter how hard I tried.”

He says he’d think about coming back to start a family, but doesn’t envision a return in the near future.

“You want your kids to have an upbringing that resembles your own,” he explains, “even if that goes outside of what makes professional sense…I quite enjoyed my childhood here. It’s a nice place to grow up. But unfortunately it’s not a nice place to be a young professional.”

In his opinion, this is because “the government doesn’t seem to want young people in Ireland.”

Based on his own experience as well as that of his friends, he says there are major flaws in the social welfare system.

“They’re very helpful to people who have no qualifications, but if you have qualifications and you’re struggling to get a job, they don’t really help you that much.”

A friend of his has a master’s in health psychology, and has been looking for a job for two or three years now. But because of his degree, he isn’t eligible to take part in many of the social welfare system’s job schemes.

Mr Garrity says, “I’ve heard stories of the Irish government paying young professionals to leave the country, get a job somewhere else, rather than have them here on social welfare.”

He also points out the disparity between investment in the east and the west of Ireland, noting that most of the jobs are located in Dublin.

“Some people don’t want to go to Dublin to get a job…if I were going to live in Ireland, it would be in the west. And I’d like there to be employment opportunities in the west, and not to feel like it’s being neglected by the government.”

He cites last year’s Bus Eireann strike as an example of a service that is neglected because it’s not essential to the east.

“For a while they were talking about shutting down the Expressway service, which is really quite vital to the west coast. Dublin has the Luas, the DART, motorways, so many ways to travel,” he says.

So for now, he doesn’t see a reason to come back. “There’s so many more exciting things happening in Europe, or anywhere else…for scientists, anyway.”

He ultimately hopes to work in a major research facility, like the European Space Agency or CERN.

“Ireland feels more like a retirement home for me,” he laughs. “I’ll come back when I’m old.”

So perhaps Mr Garrity hasn’t really given up on Ireland — he only feels as though Ireland has given up on him.