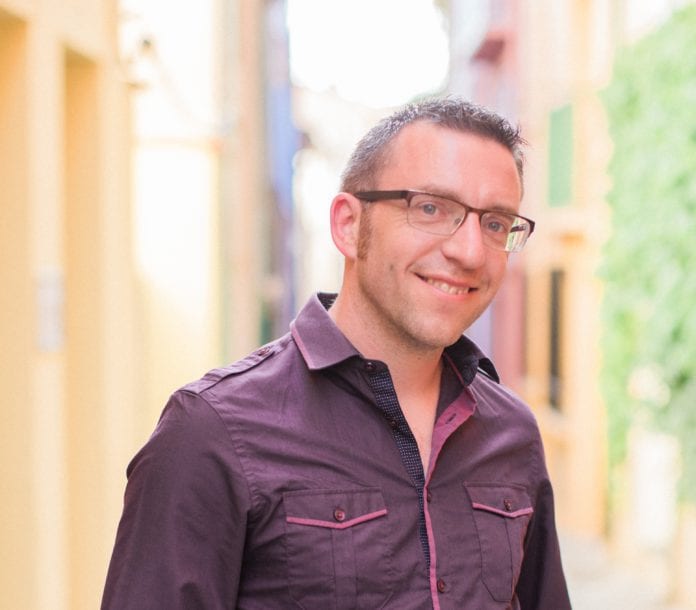 Trevor Conway’s first collection of poetry, Evidence of Freewheeling, was published by Salmon Poetry in 2015.

While he was happy with the role the publisher played, he points out that the sales of poetry books are low. Added to this, poets typically get only 10% royalties on sales.

Trevor points out:  that poets don’t get rewarded handsomely for the time they put in. It was with this in mind that he considered self-publishing.

“I became a father recently,” he explains, “and this made me think more carefully about what I do with my time. Sometimes, it’s hard to justify the time I devote to poetry.”

As he looked into the option of self-publishing, he realised it was a viable alternative to bringing his second collection out with his publisher.

The Salthill-based poet also researched the phenomenon of crowdfunding and created a page on the GoFundMe website, offering copies of the book, Breeding Monsters, along with other “rewards” in return for donating to the project.

He also feels that writers, musicians and other artists are often expected to give their time and talent for free, which is unfair. “I do think artists should be decently rewarded for their time,” he says.

“You wouldn’t expect a plumber to fix your pipes for free, so why shouldn’t artists get something for the service they provide? Imagine a world without books, music or films and you’ll understand the value that artists have in society.”

Trevor is frank about his fears now that he’s chosen to self-publish, making decisions his publisher made for his first book. He also refers to his fear as a new father, which forms the focus of a poem in the collection. Indeed, most of the poems in Breeding Monsters relate to fear in some way.

The last poem describes the anxiety of a woman jogging through a city, constantly aware she could be attacked at any moment. “I think fear is the greatest motivator we have,” says Trevor. “It spurs us on to react and deal with things, so we shouldn’t be so allergic to it.”

When asked who he believes these poems will appeal to, he considers his answer carefully. “Anyone who likes to take a moment out to think about why we react in the ways we do,” he says.

“I feel I’ve delved deeper into the human mind than I did with my first collection. Anyone who isn’t squeamish about exploring fears could relate to these poems, whether that’s a father, a mother, a son or a daughter. No-one is immune to fear, but I believe everyone can conquer their fears.”

Trevor considers himself lucky to have finished drafts of most poems in the collection before his daughter, Nicole, was born, as it’s hard to find time to write between work and parenting. However, funding through his GoFundMe page will help him find some time away from work and finish revising the collection before the 1 December deadline.

Breeding Monsters can be pre-ordered/funded on GoFundMe at gofundme.com/help-to-publish-poetry-collection, and all copies bought by 1 December will be received before Christmas.