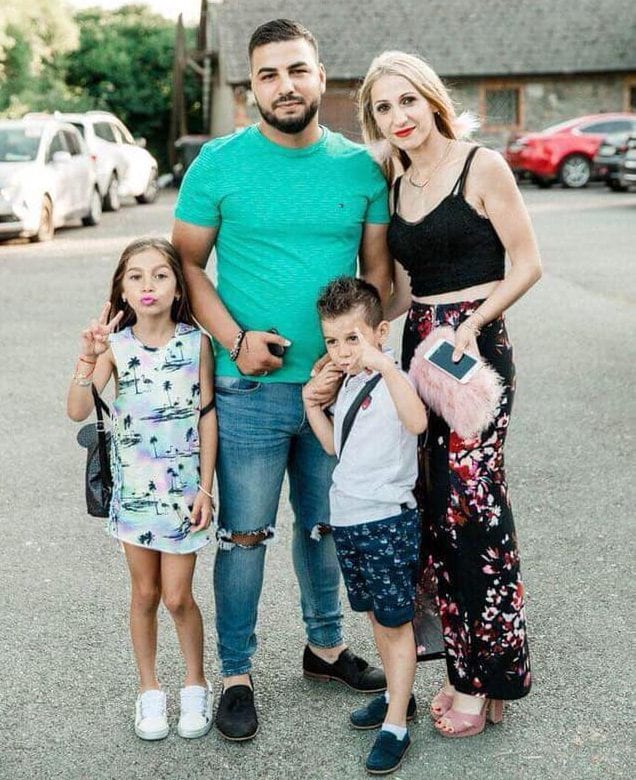 As the homelessness crisis in Galway continues unabated, one local family teeters on the edge in Ballybane.

She and her family – her husband Petru and their two kids, nine-year-old Alissa and six-year-old Giuliano – are one of Galway’s many ‘hidden’ homeless.

They are just one step away from sleeping on the streets.

“I don’t know what to do,” she says. “I am thinking of going somewhere else to find help.”

The Iakabs are currently staying in one room of Petru’s parents’ house in Ballybane.

And she’s afraid she’s been trespassing on the kindness of Petru’s parents for too long.

Her in-laws are older and sometimes need time away from the children.

Their own teenage daughter also lives with them, completely filling their three-bedroom house.

It gets very crowded with a whole family crammed into the extra bedroom.

“The space is small,” explains Estera. “I had to bring some stuff to my sister’s.”

Until 2016 Estera and her family had been living in a house in Cluain Riocaird, off the Headford road.

The young family were unable to afford the new rent, so the landlord told them to be out within three months.

So they moved in with Petru’s family.

With so many people in the house, even regular chores like washing their clothes can be a struggle.

“We switch houses,” Estera says. “Sometimes we need to stay with my sister and brother as well, just to help us manage washing clothes.”

Their housing nightmare is all too common in Galway these days.

Homelessness in the city of Tribes has gone up a whopping 57% as of last October.

This is due in part to skyrocketing rent prices, with the average cost of rent in the city now second only to Dublin and student accommodation costs spiraling out of control.

Yet they have no idea how many years it might take.

After more than a year of searching for a house, Estera has all but given up.

She has found nothing affordable – even in more rural areas.

Estera has lived in Galway for over 12 years. It’s the only home her kids know.

But she doesn’t know if she can stay here in these conditions.

“One day my daughter came back from school and showed me a picture with a family and a house. I asked her why…and she told me ‘look Mommy, this family is happy because they have a house, but we don’t.’

“I was shocked how my daughter was affected.”

Estera has gone to Galway Simon as well as the Galway City Council several times, to no avail.

She says the council told her that they couldn’t do anything for her.

“I just want a place that’s safe and cosy for my kids.”

Anyone who knows of any clean, affordable accommodation or who would like to help in another way can email Estera at estera.v@yahoo.com or contact her through her Facebook page.