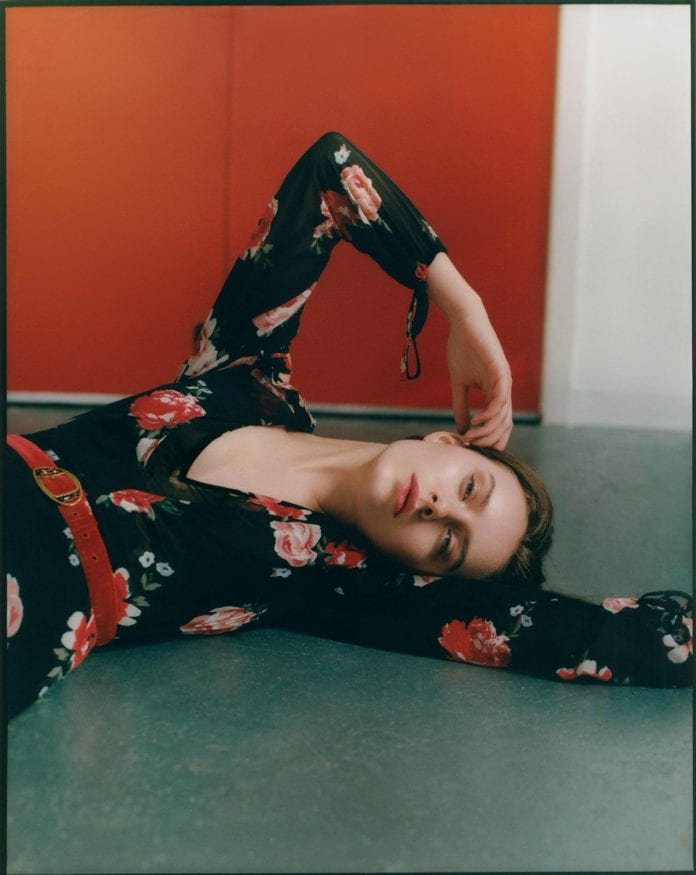 Life for Rebecca O’Donovan has been barreling along at a breakneck pace for the past few years as she’s gone from thinking about secondary school results to modelling on the international fashion scene across the globe.

In the five years since she was first offered a job in modelling Rebecca has traveled all over Europe for work, crossed several ponds to Australia, and is now focused on getting her visa in time for New York Fashion Week this September.

“It’s been a bit of whirlwind,” Rebecca acknowledges in a grand understatement when we speak on the phone adding that, “It wasn’t something I could see coming”.

Five years ago, then 15 year old Rebecca O’Donovan from Castlegar was at an Ed Sheeran concert in Dublin with her friends when she was approached by a fashion scout, “She just came up to me and asked if I’d ever considered a career in modeling”.

Now, ‘I was at a concert when a total stranger made me a life changing offer’ sounds like the premise of a horror movie. In this case probably starring Ed Sheeran looking to build on his Game of Thrones debut.

Thoughts of stranger-danger did come to mind at the time Rebecca admits with a laugh. But the offer was completely legitimate, and the agent was lovely she adds, sitting down with her mum and explaining everything in detail.

The end result, by 16 years old she was signed with an agency in London and ready to take the modelling world by storm.

Despite that the fact that the offer came like a bolt out of the blue, there is just an hint of destiny about how Rebecca found herself on the path she’s walking now.

When she’d been younger Rebecca had been interested in modelling, but more in the vein of a fantasy rather than a firm career goal she says.

Still, as a young girl she definitely had an eye for the camera, and was forever sticking her head into photos of family or friends, “whether I was meant to be in them or not”.

In fact she hadn’t even been planning on attending that fateful concert where her life changed. She had been given a surprise ticket as a gift and off she went .

Modelling and fashion is a bit of an odd duck of an industry to look in at from the outside, and a job in it might be something that people can have difficulty relating to.

But every picture of seemingly effortless elegance is the product of long days of hard graft.

“Most people see the glamour side, you don’t see the day to day,” Rebecca explains. But work schedule is packed as full as anyone’s, even outside of magazine shoots or fashion shows.

Much of what she describes sounds like the process for acting gigs. When she’s not working on a project her days are filled with castings that will hopefully lead to work.

These are essentially auditions for a modelling role. You meet with the client, show them your portfolio, and test for the part. 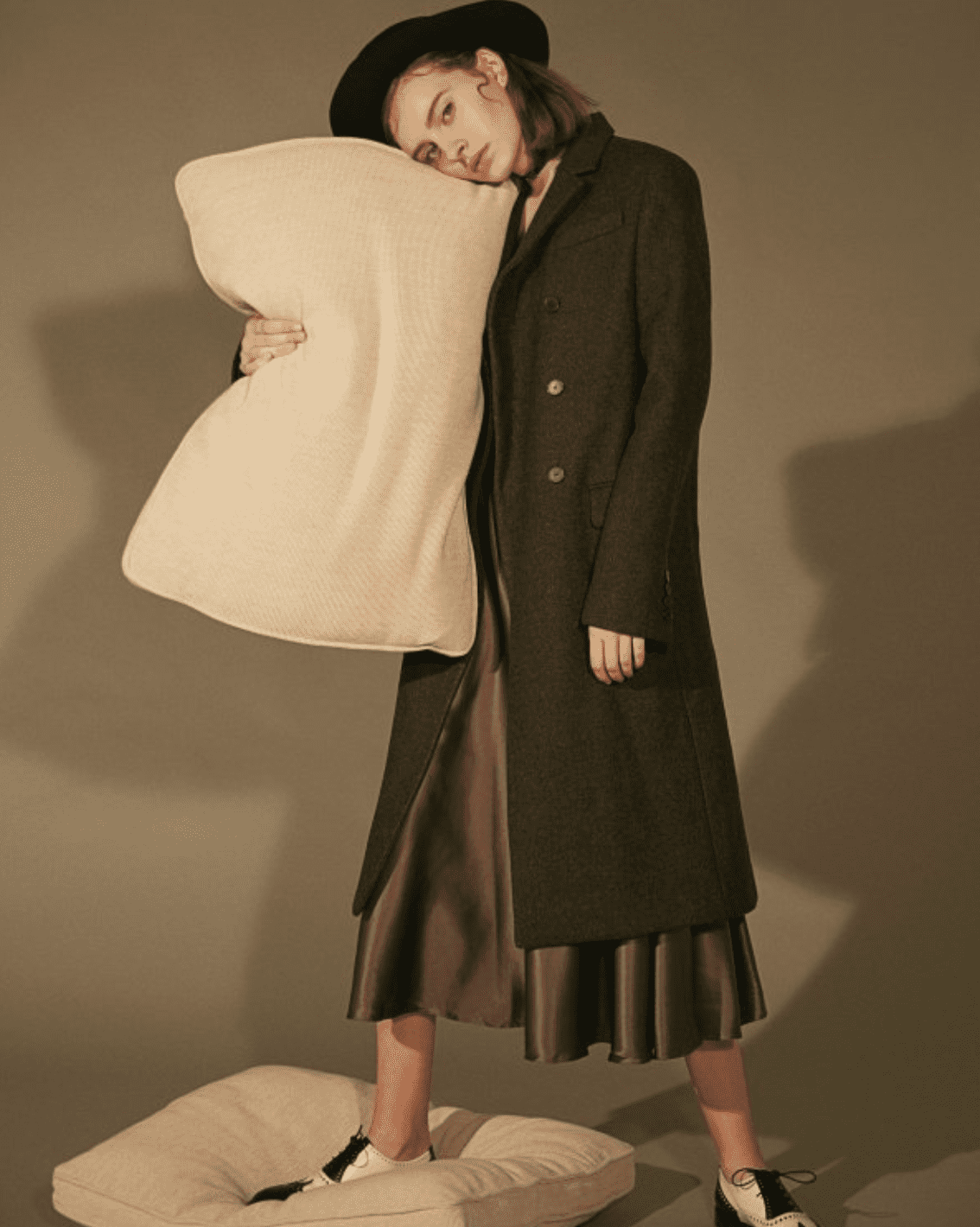 Even when not working on a project, or interviewing for one, there’s still plenty to do she tells me.

Building your portfolio is a constantly ongoing process, creating a catalogue of different looks to show potential clients your range, which is always something that you’re trying to expand.

And just like working in any creative industry, rejection is a fact of life. “You could go to a hundred interviews and get one job”.

It was hard in the beginning not to take those rejections personally, Rebecca admits, especially when you are essentially being judged on your appearance.

But it’s never personal she adds. It’s not passing judgement on a person, it’s just a matter of whether you’re the right look for this specific job, “Sometimes they’re not looking for a brunette they’re looking for a blond”.

At the end her stance is that no matter what, when you’re doing something that you love it’s a lot easier to keep on through any discouragement.

And Rebecca does love the world of fashion. Though she’s put many miles on her soul in just a few years, she says that the first time she went to London to do a show for Prada she was starstruck by it.

Being part of that process is still something special to her, especially when there’s an opportunity to get a longer look at the magic behind the curtain.

“When you’re working on an editorial for a magazine you get to see behind the scenes, and how all the creative teams come together.”

Even if her shot for the editorial might only involve a dozen or so pictures, with one or two being used in the final product, she loves just seeing how all that work is brought together for the finished product.

Right now Rebecca is at an interesting point in her career, having spent roughly the same amount of time modelling as a minor, and as an adult.

But she says there isn’t a whole lot of difference in the work that you do, other than there being some legal restrictions on the products that minors can be associated with in a promotion. Nothing with alcohol or tobacco she tells me.

Other than that the only difference she noted was that “when you’re younger they feel they have to take more care of you”, with shorter hours obviously, and there always being someone to make sure she was alright in a foreign city.

Whirlwind is certainly the word that sticks in the mind when Rebecca talks about the amount of travel that comes with this line of work.

Currently she is in Milan, working mainly around Italy, but all in all Rebecca is signed up with seven different agencies in different countries.

Once you’re signed up with a modelling agency your profile goes up on their website she tells me, and they can get in touch if anyone is looking to book her, or if there is an opportunity to go to castings.

The process can vary from client to client and country to country. In Germany and Barcelona they do a lot of direct bookings from clients who already know who they want, whereas in Milan they prefer to go with castings.

Those castings and the bookings she gets from them might take her many of the places that are just perfect for touristy gaping.

But much of the time there’s not much opportunity for sightseeing as it’s a case of being whisked from the airport to wherever the job is taking place, and then you’re back in the air as soon as the camera stops clicking. 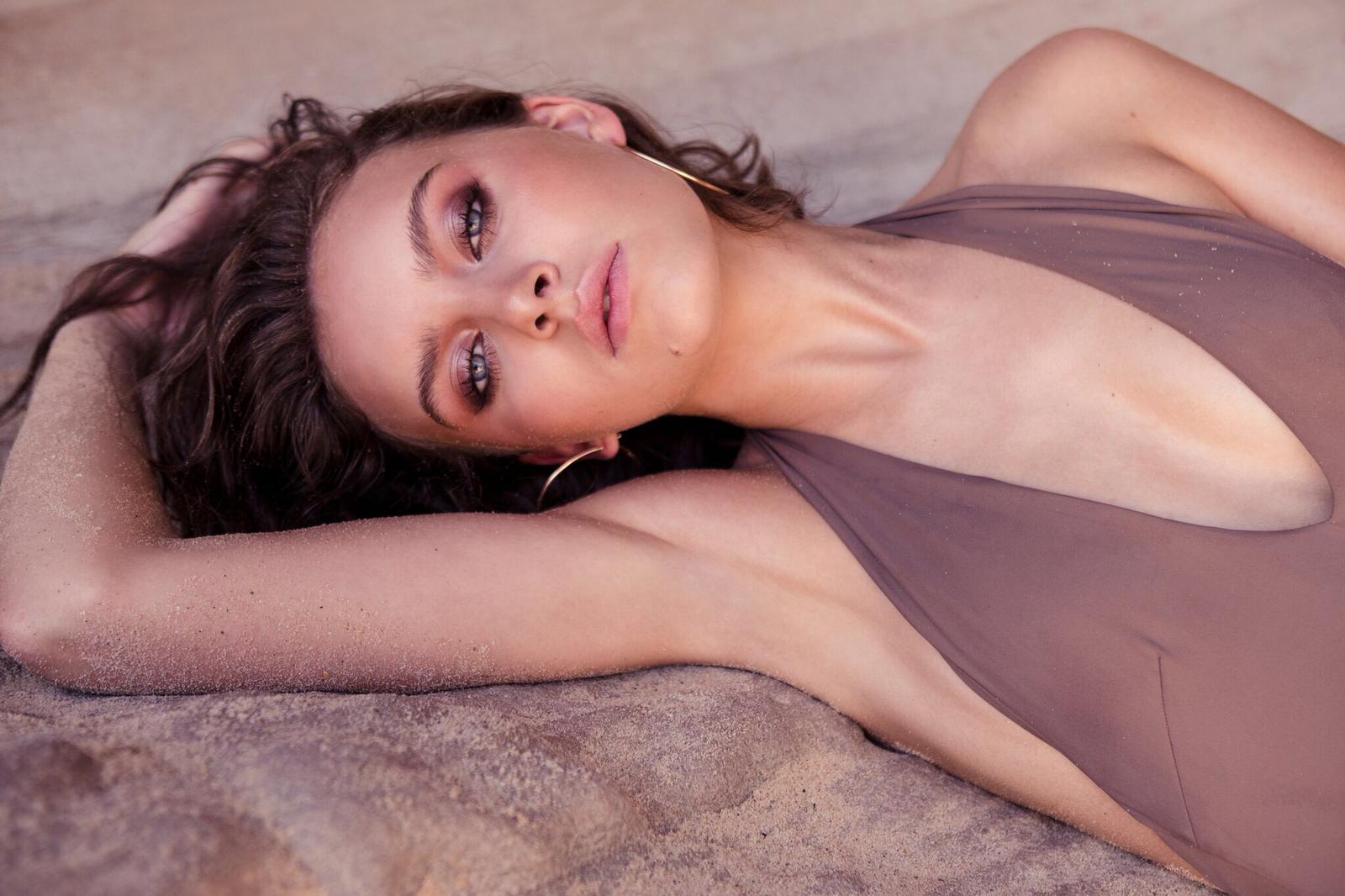 Though Rebecca has been in Milan for just over a month, in that short time she’s traveled to Florence, Naples and more spots around Italy for work.

I recently had the chance to visit Naples with my family, and asked Rebecca if she got the chance to see the Amalfi coast on her trip. It’s an utterly beautiful location with idyllic towns and villages built into the steep sides of the hills.

It’s also a torture circuit for cars with the narrowest, windiest roads the mind can conceive of, but that’s not really relevant to the story.

However Rebecca said she didn’t get a chance to appreciate many of the sights on this occasion. “I’d say the whole trip was 14 hours, tops,” she offers.

But sometimes there’s a bit more time to soak in the sun and appreciate what this life has to offer.

Not long after she had completed her Leaving Cert, when many people are trying to bury any thoughts about the points they got, or wondering about getting a summer job at the local pharmacy, Rebecca was off to Sydney for two months with work.

It’s times like that, she says, that put in perspective the incredible opportunities she’s been afforded.

It can be difficult at times, being away from home, but she’s gotten to check a lot of destinations off her world travel guide and meet people from all over the world.

New York Fashion Week takes place twice a year in February and September organised by the Council of Fashion Designers of America and shows from many of the biggest brands in the world.

Rebecaa has modelled at Fashion Week in London before. But while that was a hell of an experience in and of itself, the prospect of heading to New York has her especially excited, both for the modelling and her own sake.

“I’ve been gunning for New York for a while now,” Rebecca says, adding that she has wanted to visit the city ever since she was a child. 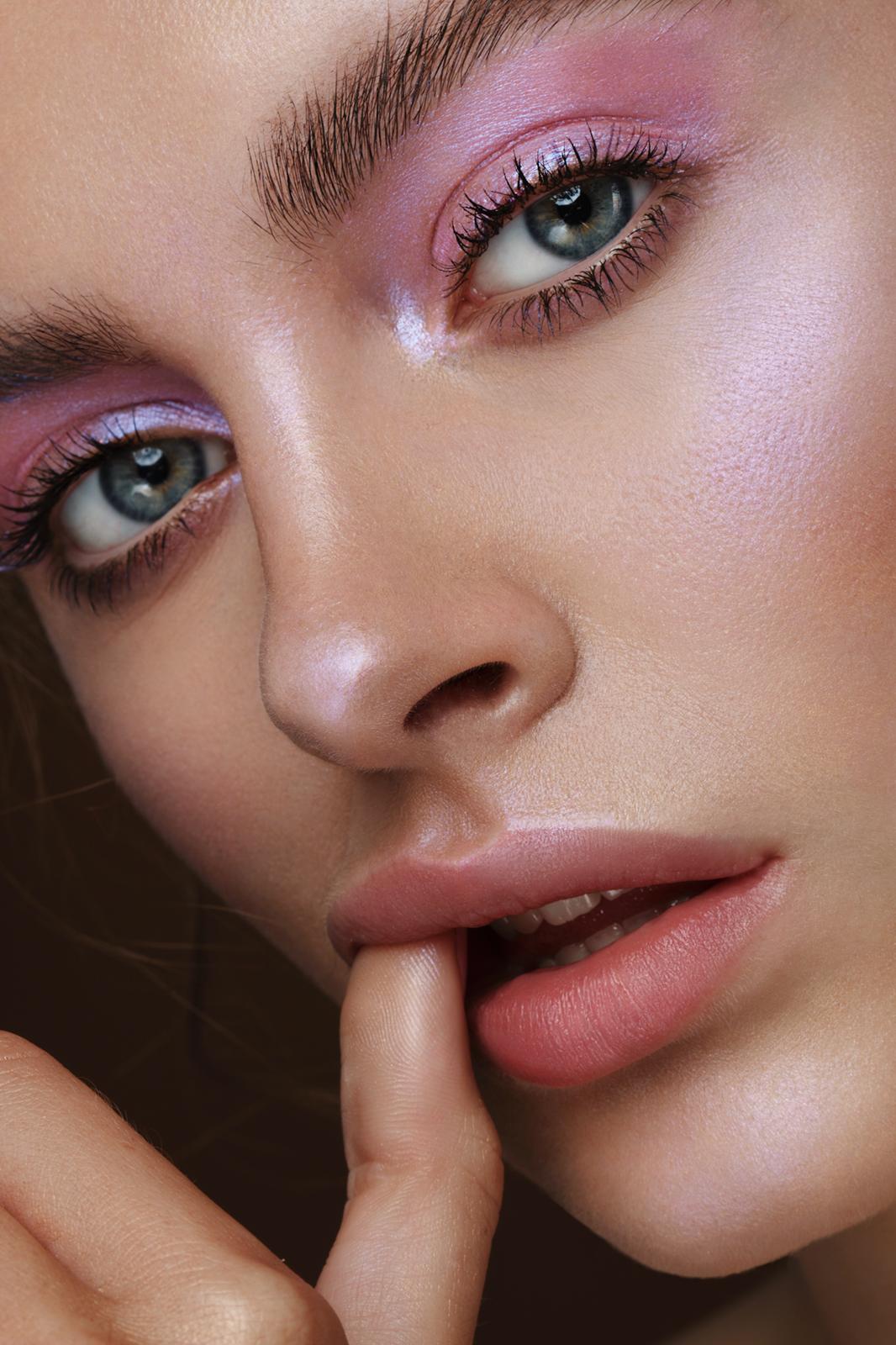 She has recently signed up with Silent Model Management in New York who work with clients like Rodarte, Louis Vuitton, Tommy Hilfiger, Celine, among others, booking models for the centre of the fashion world on that side of the Atlantic.

Right at this moment Rebecca is currently in the final stages of the visa application process that will prove the ultimate arbiter of whether she can take part in this monumental event this year.

Her application doesn’t just have to be successful, but it has to come through in time for her to get over for the castings where brands will decide who they are interested in booking for this September.

It’s tightly wound chaos, a spectacle enjoyed by so many, and something she dearly wants to go on being a part of just as much as when she was poking her way into childhood picture frames.