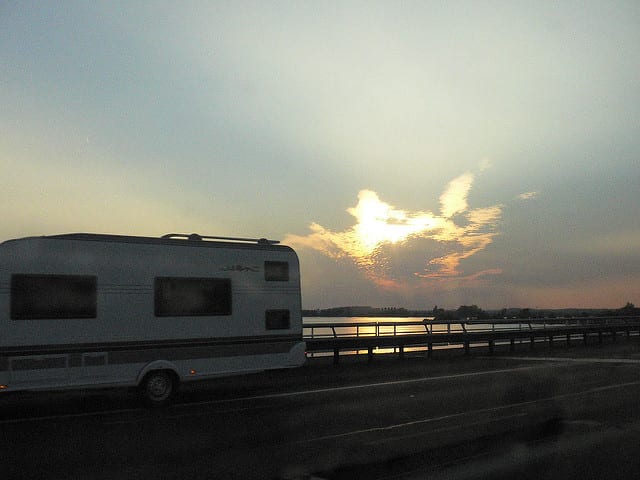 Kathleen Ward wants a cup of coffee. She wants to walk down the street in Galway — the city she was born and grew up in, where her family have lived for more than twenty years — and sit at a café and order a latte.

But she can’t. Kathleen is a Traveller, which means that she is regularly refused service at cafés, restaurants, and other establishments in her own home town.

The mother of three — her youngest born just over a year ago — needs a break occasionally. But when she tried to get a coffee last week, she was asked to leave.

“It’s because of who I am,” she says, shrugging. And it’s not a rare occurrence; her whole family has experienced this kind of discrimination again and again.

Kathleen has filed — and won — discrimination suits in the past. “But I don’t want money off people. I just want to socialise normally. And I don’t want to have to go to court all the time to do it…it’s not about money. It’s about feeling welcome in the place you’re from.”

And it’s not just coffee. Once when Kathleen’s parents were visiting their son in hospital, they went out to a restaurant across the street to eat a quick meal.

Kathleen’s father is a diabetic, so he needed to keep his blood sugar up. But they were refused service.

They asked the manager for even just a take away, explaining why he had to eat, but were still refused.

“It’s embarrassing, to be refused service. It’s very hurtful,” Kathleen says. And in her father’s case, it could have resulted in a medical emergency.

Kathleen’s brother Christie says these incidents happen all the time, and there’s really nothing they can do about it.

“You have to just laugh at it,” he explains, “because otherwise…” he trails off. Travellers have a suicide rate seven times higher than the general population.

Christie shows off a letter he received from someone who signed it ‘The Anti-Tinker Movement’. The letter is hand-written on old notepaper, and full of slurs and nasty threats.

He laughs. “Our family has been here for more than twenty years, and we don’t give any trouble.”

Although he tries not to take the letter seriously, it’s hard to be cavalier about a claim that ’99 percent of your neighbours wish you were dead’.

Galway is one of the most diverse cities in Ireland. On paper, it should be a tolerant, inclusive place. Clearly there is still some work to do.

But in this context, the city council is trying to determine where to put its Travellers — many of whom are in need of new accommodation.

The Delaney family — Kathleen’s — live in the Cul Tra halting site in Salthill, which the local authority believes is severely overcrowded.

Last spring Galway City Council sent ten of the Cul Tra families eviction letters, giving them only two weeks notice to leave the site – and nowhere else to go.

“I can’t live in the streets with my children,” Kathleen says. Although nothing has yet come of the letters, she feels as if she is under a huge amount of stress not knowing what will happen from one day to the next.

The local authority is keen to prevent a tragedy similar to that at Carrickmines, Dublin in 2015, in which ten people died, in part due to overcrowding. But without having built a new halting site in over twenty years, there is simply nowhere else for Travellers to go.

At the same time, the city stands to lose €1 million in state funds set aside for Traveller-specific accommodation because they have thus far been unable to choose a suitable location.

There are several temporary hard stands on the outskirts of the city. But some are barely habitable.

Her uncle, who has cancer, was placed in a halting site right on top of a dump.

Kathleen says that whenever his family want to eat they need to leave the site because of the smell, so they take their plates and sit outside the gates, in fresher air.

“It’s disgusting. Especially for a sick man,” she says, wrinkling her nose. She doesn’t want a situation like that for her or her kids.

The city has suggested that the families use already-overloaded emergency homeless services. But right now, the families have a home.

Kathleen’s caravan is small and tidy, pulled in off to the side of the wide drive through the site. Large windows let in the afternoon sun and make the interior bright and friendly.

There are plush new brown rugs on the floor. “I had to take up the carpeting,” she says, nodding at them. “The kids spilled too much food on it.” She talks quietly so as not to wake the baby, who is sleeping.

And if they are moved to a temporary site, Kathleen worries it might end up being their home for the next ten years while the government decides where to build a permanent one.

She’s heard horror stories of other Travellers being forced in to temporary sites which were just fields with port-o-johns, and she’s well aware that the last Travellers moved to a temporary site — Carrowbrowne — have been there eight years and counting.

As for moving them to settled accommodation?

“I will not live in a house. This is our culture,” Kathleen explains, “and they’re not going to take our culture. I wouldn’t be comfortable in a house.”

When asked if the situation has improved since Traveller ethnic minority status was recognised by the State last year, Kathleen sits in thought for a minute. “Not really,” she says. “It’s nice, but what does it actually do?”

University College Dublin sociologist Aogán Mulcahy agrees that the minority status is mostly symbolic. But he believes it may still help.

“Will it improve their material circumstances? Maybe…by improving recognition of things like education and health issues, huge levels of suicide, and life expectancy, which is dramatically shorter for Travellers.”

In her family’s little corner of Salthill, they don’t know the neighbours. But she doesn’t hold anything against the settled people who regularly treat her as a second-class citizen. “We all came the same way and we’ll all go the same way.”