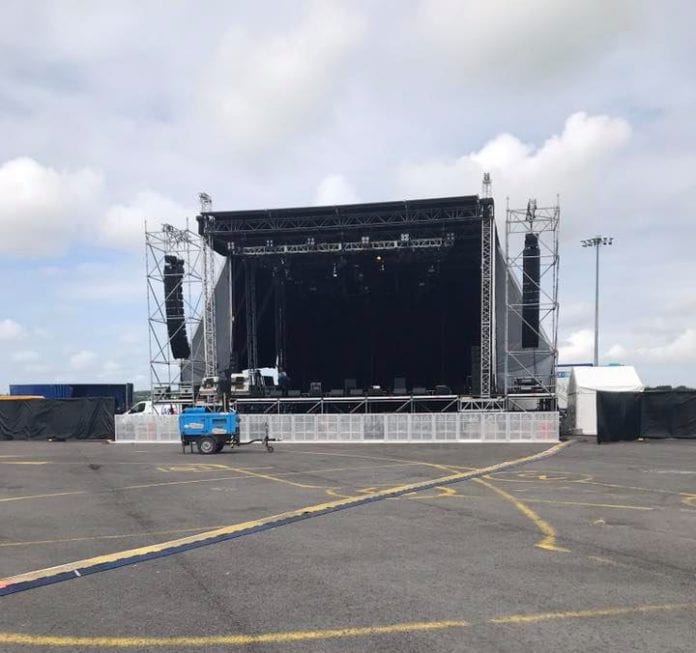 Music lovers in Galway were disappointed yesterday as Fever Pitch Music Festival was forced to cancel the second day of events due to bad weather.

Organisers of the two day music festival at Galway Airport had been deeply concerned all day by health and safety risks posed by strong winds.

The day’s events had initially been supposed to kick off at 3pm but wad pushed back to an estimated start time of 7pm “due to the forecast of adverse weather conditions” and “high winds on site”.

Met Eireann had issued a status yellow wind warning for Galway and Mayo yesterday that was in place up to 7pm.

Despite that it was hoped that Fever Pitch would be able to go ahead in the evening but the festival organisers posted a statement online at 6:40pm saying that they had been forced to cancel.

“It is with deep regret we must announce that we must cancel the second day of Fever Pitch festival due to high winds.”

“Our whole team has been working incredibly hard all day to put a show in place but sadly this has not been possible.”

“Working in line with expected weather conditions and wind speeds which had been expected to drop we had hoped to put the show on at a later start time of 7pm.”

“As the safety of our customers is paramount to us we have had to make the difficult decision of closing the event site as the wind speeds have not dropped as expected.”

People expressed their disappointment online, but most commenters were supportive of the decision to call off the event on health and safety grounds.

“The right call. Safety has gotta come first. Dam Irish weather. Really enjoyed yesterday’s gigs, even in the rain. Here’s hoping for some luck next year with regards to the weather,” one person said.

Another commented, “It’s a pity but anyone standing outside right now will understand why. It’s not safe in wind like this. I’m sure the organisers are just as disappointed as the people who were planning to attend.”

However some people were irritated that news came so late in the evening and others have called for refunds for people who bought tickets for Sunday or the entire weekend.

Bad weather also forced the closing act of the festival’s first day, The Waterboys, to finish up early on Saturday evening.