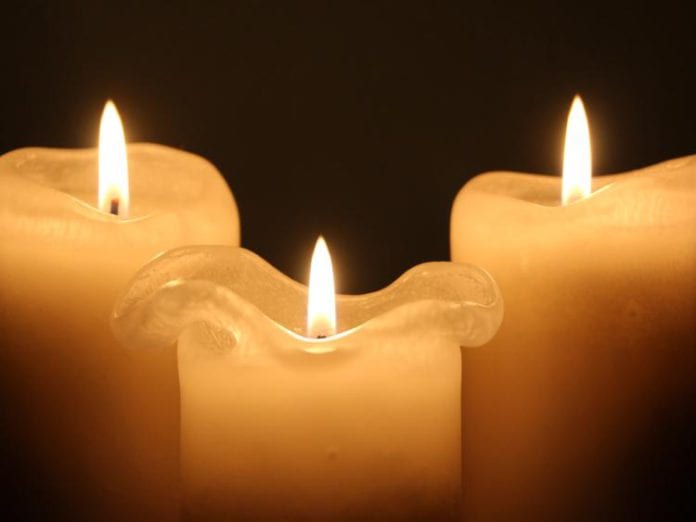 This is a day I’ll never forget and I think it’s one Ballinasloe won’t either.  I’ve been at my fair share of funerals as much as anybody reading this diary but today was something different.

As we came back late from Dublin last night, I decided it was best to attend both funerals today and proceeded to St. Michael’s Church at 12pm for Deirdre Kilmartin’s.

There was a massive crowd, the church was packed as the town united again to mourn the loss of one of their own and support those left behind.

It was a beautiful sermon, as good as one can be based on the circumstances.  Her sister Geraldine spoke about her sister and her brother Declan told the congregation how she always made others feel better.

One story Geraldine told stood out for me and for a brief moment, all of us in the church could smile and remember something good.  Appropriate enough for this column, it was about smoking.

Deirdre was into healthy living including her love of walking.  But Geraldine told a story about a 10-minute period when they were teenagers and decided they’d try out smoking.  They bought a 10 pack, smoked one each and probably never touched one again.

Regardless how bad a situation (and I’ve heard versions that I won’t write about or want to think about), it’s important to bring some humanity to it.  Geraldine and Declan spoke well under unimaginable circumstances and reminded all what a wonderful person their sister was.

At 5.20pm this evening, I arrived for the removal of Maureen Dooley expecting to be a while.  But this was something different.  I’d noticed the two full car parks on my way down and managed to squeeze in a spot behind Gullanes Hotel.

Walking down the alley way behind the Usual Bar, I was surprised to see no queue but when I turned the corner towards the church, I’d noticed the set up.  People were queueing from the hill leading to St. Michael’s and going into the church before proceeding to the Funeral Home.

To say there was a massive attendance would be the biggest understatement ever.  After 25 minutes, I arrived into the church and the place was packed.  There was nearly as many at any one time as was at the burial mass earlier.

I have to commend Ballinasloe GAA on the fantastic organisation of proceedings even if it would take time.  These men gave up their evenings to ensure all attending got to offer their condolences and support the Dooley family as best as possible.

I was over three hours there but I didn’t mind.  Maureen and Deirdre were lovely people and the town showed their appreciation and sorrow for their loss.  We even got the 6pm mass in (probably the busiest in Ballinasloe’s history).  And the constant flow of people continued after I left.

That is why the diary didn’t go online last night and I might continue the 9am postings.  But today wasn’t about whether Darren Kelly had gone five weeks without a cigarette, it was about a town coming together to stand by their own during an unspeakable tragedy that no community could ever imagine.

With that, I’ll say good night.  And one last time, I’ll offer my condolences to the Dooley, Kilmartin and Flanagan families.  I can’t begin to imagine the pain you are going through but the town is with you to offer any support they can.