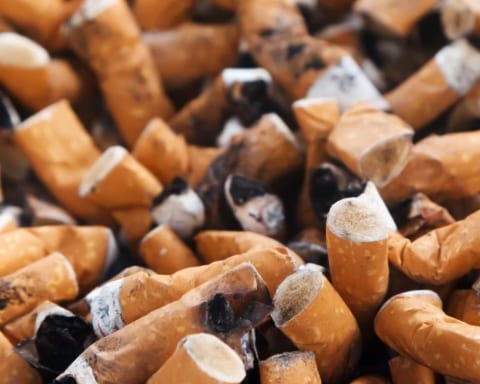 Well, I got to greet All-Ireland champions today even if it wasn’t either of the teams I expected.  I didn’t get to Dublin and suspected that would be the case when I received a phone call at 8.30am this morning.  But I did get to be the person to welcome the Corofin footballers back to Galway.

After all the hype about Storm Emma and the ‘Beast From The East’ two weeks ago, I don’t think anybody anticipated how strong the blizzards that hit the East Coast overnight would impact the game’s fixtures.

Most frustrating for Athenry and Sarsfields’ camogie teams is for the second time, their All-Ireland Finals were called off due to the weather.  But most worryingly now is will they get to play in Croke Park?  And it would be a crying shame should it not happen.

Unfortunately today's @AIB_GAA All-Ireland Senior & Intermediate Club Championships Finals have been postponed in the interest of safety due to the current severe weather. Details of the re-arrangement of these Finals will be finalised and announced in due course. pic.twitter.com/e8nl04Conp

Now, I’m going to state this now!  Easter Monday!  April 2nd!  Croke Park is being used on the Saturday and Sunday.  And Dublin are playing Monaghan next Sunday.  Saturday 24th March could be an option but they hardly going to announce that as an announcement is not expected before Tuesday.

I’ve stated before that I felt today’s game should have been played on the Bank Holiday Monday even if I’d had a change of heart.  Now, that still wouldn’t have happened because I’m not sure if conditions would improve for tomorrow.  But Easter Monday should be the date!

That being said, Dermot and I got to go for a drive as we were in Kinnegad before Imelda (Hobbins) phoned to confirm the news.  And she was in Applegreen.  It gave us a chance to pop into Mother Hubbards, in Moyvalley in Co. Kildare which I learned today.

Before the motorway, this became our favourite stop-off point after Harry’s in Kinnegad and in recent times, we’ve developed a fondness for the place again, even if I learned a few months back that they don’t sell cigarettes in the shop 😀

Noelle looked after us brilliantly (even if she is a Johnstownbridge supporter :)) and we enjoyed the food.  It eased our disappointment for not getting to Croker though that frustration will be worse for Katharine Duane and Michael ‘Hopper’ McGrath.  Hopefully, they won’t have to wait too long for a date!

So, the day changed on its head.   Got back to the car in Athlone and then learned I was getting to greet the Corofin players in Gullanes Hotel in Ballinasloe.  Tomas and his staff are fantastic for looking after their customers and the various teams (I’m getting the plugs in today 😀).

I was meant to meet them at 3.30pm for an hour but between the Galway/Dublin football game being late and Corofin getting back to the county early, we ended up doing it at half-time.  And I think it worked very well and Ronan Lardner met them in Corofin so a fitting homecoming overall.

The funny thing is I’ve no interest in having a couple of pints tonight even though there is nothing stopping me.  Think might have a glassin’ if Sinead offers but will hold off the proper drinks until tomorrow like planned.  You wouldn’t know how today could change but might be more relaxed.

It was a cigarette type of day but never thought about one.  It was too cold anyway!  I’ve managed to avoid going outside for two serious cold spells so I’m happy with that.  Tomorrow is my Mam’s birthday!  We’ll enjoy the drink then.  And hopefully soon, we’ll have our camogie finals to look forward to.